A whiff of realignment? 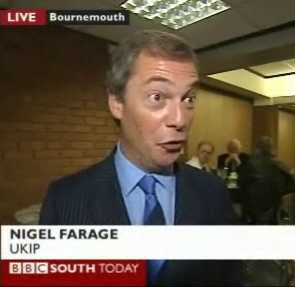 The party conference season starts early this year, kicked off by the UK Independence Party which has previously shoehorned its weekend event in between the Labour and Conservative conferences.

And, as always happens when UKIP takes a higher profile than normal – i.e., ceases to be invisible for a brief moment – the detractors leap into breach.

This time, it is the europhiliac Independent but, in its enthusiasm to dish the dirt, it has fallen for an egregious "plant", offering stories of dark and sinister plots against Nigel Farage.

Interestingly, the story prominently features UKIP's erstwhile press officer, Annabelle Fuller, who is styled as an "ally" of Nigel Farage. That is one way of describing their relationship, and has absolutely nothing to do with her complaint, retailed by the paper, about being subjected to abusive telephone calls, "including one at 3am calling her a whore."

More to the point, this Mz Fuller could be the same person who hurriedly departed her post after a confidential and highly damaging video of a mock selection interview – in her custody - had been mysteriously posted on YouTube. This was the one which featured a hapless aspirant MEP candidate, headed, "how not do politics", in an obvious attempt to denigrate the subject. That it was uploaded in Morocco where Fuller happened to go on holiday was, of course, a complete coincidence.

Nothing, as one might expect, appears in the piece about this, nor of the fact that the self-serving Fuller is under criminal investigation by Suffolk Police for an alleged breach of the Data Protection Act. 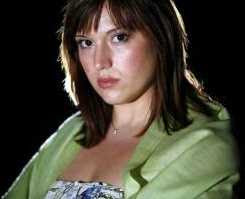 Needless to say, Iain Dale falls for the scam, aided and abetted by Fuller's former very close associate who has absolutely nothing to do with her complaint about being subjected to abusive telephone calls, "including one at 3am calling her a whore."

Conveniently, the piece gives both Dale and The Independent scope to ruminate on whether UKIP is about to implode. In fact, despite the fond hopes of the newspaper, nothing could be further from the truth. As the line-up at the conference shows, what we have just seen is another internal coup by Farage, still further consolidating his grip on what has become a one-man party.

Out goes current chairman, the independently-minded Dr John Whittaker, to be replaced by Farage's 31-year-old bag carrier, Paul Nuttall, one time history lecturer in Liverpool and until recently the MEP's researcher.

He is now elevated to the highest office (apart from the leader) in the party and has been also been catapulted to the lead position on the UKIP candidate MEP list in the North West, replacing the former lead candidate – voted in by the members. This was the regional organiser Gregg Beaman, who was forced to stand down in favour of Nuttall. He has quit his highly-paid job in disgust and is "mulling over" his continued membership of the party.

Nuttall is thus positioned to serve his master well, keeping the members at bay while the next stage of the Farage agenda is rolled out.

Although larded with references to the UK being outside the EU, this does not sound like a party committed with anything like the same fervour to the policy of withdrawal it has previously espoused.

For an explanation of this, one must look to Farage's recent meeting(s) with Declan Ganley. There, it was made clear to Farage that UKIP's open hostility to the EU stood in the way of a closer relationship.

With the party all but bankrupt, marginalised in national politics and facing a poor showing in the euro-elections, with insufficient cash to finance an effective campaign, the promise of the Ganley millions was enough to spur Farage on to deliver his coded message from the conference podium.

With a covert alignment in the wings, we will indeed hear "less about what's wrong with the EU…" from Farage. And, with The Independent offering stories of dark and sinister plots against the great leader inspired by la Fuller, the stage is set for bagman Nuttall to crack the whip against the real dissenters – the more dangerous of whom were not "fingered" by Fuller.

Hilariously - if you are that way inclined - the Independent, so keen to see the downfall of UKIP, has helped cement it in place, although it will not be UKIP as we know it. But, in that, the paper has perhaps unwittingly achieved precisely what it wanted, neutering the eurosceptic voice. Only time will tell.