Brexit is the politics of hope 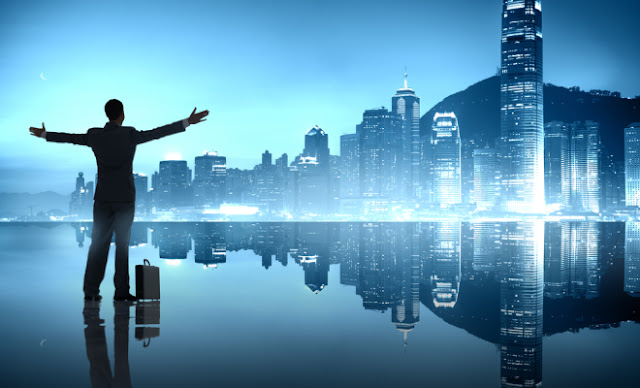 Having faced the horrors of two world wars, our rulers mistakenly thought the eradication of democracy would prevent the rise of popular movements and war. It was an idea born of fear and paranoia. Some forty years after joining what was largely assumed to be a trade bloc, there is now a broad consensus that it doesn't work shared even by those who would have us stay in. It "needs reform" they tell us.

To those of us who have watched the EU for years, learned its political language, its history and its tactics, those words are hollow. We hear the repeated mantras of being leading in Europe and the need to be "at the table" in order to influence it, but what we see in practice is an unreformable institution that couldn't remodel itself if it wanted.

Thus we will see no treaty change, no remodelling of the institutions, no moves to democratise the EU executive, no reform of the interface between member states and global bodies, no opt outs from EU external agreements, no added powers of veto, no real change to freedom of movement, no change in the European Parliament constitution and no new relationship. Not only is our relationship the same as ever it was, the EU remains the same beast throughout.

The prime minister has nothing to show for his efforts. In his own words, addressing the Scottish Conservative conference, he says "In all the things that are so important to us, like the Single Market but carved out of all those things we don’t want any part of. So no euro; no Eurozone bailouts; no European Army; no Schengen open borders; no European superstate. If we left, we would be swapping that certainty for uncertainty."

Weak. Weak. Weak. All he has done is restate things as they are, with a couple of reworked legal instruments, largely unbinding, amounting to absolutely nothing. It should have caused outrage. But having a media so easily distracted, more concerned with the bowel movements of Boris Johnson, they bought the decoy and gave the prime minister a free pass. The negotiations to them are now ancient history as they pick up their next temporary obsessions.

In this, we seasoned EU observers have been wrong-footed. When the prime minister said he was going to attempt reform, we knew he would fail, but we never believed he would expect to walk away with such thin gruel and not be pilloried for it. As transparent as it is, it's a massive insult to our intelligence. But then since it was design for consumption by the media, it wasn't a miscalculation. The clear lesson here is that one should never underestimate the ineptitude of our media.

And so the essence of the PM's message is that we are swapping the status quo for uncertainty. The only tool in their box. Fear. The persistent message of the Remain campaign has bee "nobody really knows what deal UK gets post-Brexit and no existing model seems attractive."

Given that this is likely the last vote we will have for a generation on this issue, there is an instant hole in their argument. The cannot promise us certainty if we stay and they have no idea what Remaining in looks like. They do not know what the next EU wide crisis will be or the response. All we really know, from previous form, is that the response will be a fudge, delivered late, and only after a crisis becomes an emergency. The recurrent symptoms of being an unreformable mess.

And yet somehow, the risible, empty rhetoric, despite the long history of EU failures, is still accepted debating currency. Beggars belief doesn't it? The prime minister will use every opportunity to drop the phrase "reformed Europe" in the same way Osborne repeats "long term economic plan" - but we know this to be entirely hollow and without meaning. Bizarrely, we still have a sizeable constituency of people who believe them.

But what I really dispute is the notion that "no existing model seems attractive". Attraction of course being an entirely relative thing. Otherwise Kim Cardassian wouldn't have a career. To the eurosaurs, the idea of Britain having its own vote and voice at the top tables, asserting its own needs in negotiations, having the right to say no, being in control of fishing, agriculture, energy and environment policy to them is somehow "unattractive".

Breaking free of a stifling and antiquated relic from the last century and stepping up into the global forums to me sounds not only attractive, but also exciting. The possibility of building a global single market and a community of equal voices, none subordinated by corporatist anti-democratic blocs seems to me something wholly ambitious, energising and buoyant.

It seems to me a great deal more attractive than being locked into paralysis of the status quo, with no hint of reform on the horizon. And though we can accept that there will be trade-offs and compromises, the EEA/Efta model, in the very first stage of exit gives us the best of both worlds. Full single market membership but trading autonomy and the right to refuse instructions from Brussels.

And then there's the main selling point. While the model itself maintains the certainty of the single market, it does create uncertainty where uncertainty is needed. Where our future depends very much on how we identify and seize opportunities. This will require businesses break from the euro-parochialism and look outward, monitoring global channels for diplomatic and trading possibilities.

And instead of delegating our aid and trade policy, we can once again take the direct approach, making for a more accountable, more effective trade policy that makes trading partners rather than dependent beneficiaries of the emerging economies. The options are many.

I certainly find that a more enthusing and energising message than the prime minister's message of "can't win, won't try" - living in fear of the bogeyman and scaring half the population into submission. We could instead have a renaissance in diplomacy and a revitalisation of domestic democracy and a new found sense of engagement as we get to choose our own systems of governance and our own spending priorities.

For sure Brexit is not the carte blanche some pretend it is, and there are natural restraints inherent to the proposed solution, but this isn't just about what things look like the day after Brexit. This is about how we learn, grow and evolve out from under the shadow of this redundant twentieth century post-war relic.

In this we embrace the uncertainty and opportunity of the future, being the enterprising souls we have always been. We are a nation of seafarers and explorers, and there is still much to discover about the world and ourselves and we can only hold ourselves back by closing ourselves off from it.

These fearful, weedy, pessimistic, tired souls would have us fade quietly into the night, to be subsumed into euro-subordination in the belief that we can't do better and that we shouldn't aspire to more than the persistent mediocrity and incompetence of the EU.

If the public choose to remain in this state of Euro-ennui then I really have little sympathy for the complaints that come thereafter. This is an opportunity of a lifetime and for us to bottle it now makes Britain a place I no longer identify with. And if being grovelling, subservient cowards is what it means to be European, count me out of that too. There is no salvation for a nation that no longer believes it has a right to exist.
Posted by Pete North at 11:58