The descent into madness 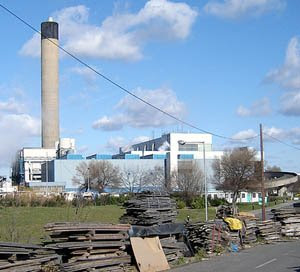 We were writing about this in January 2006, lamenting the £10 billion plus costs of the EU's obsession with waste and now chickens are coming home to roost.

From The Daily Telegraph and others, we learn of a report of a "hard-hitting report" by the Audit Commission which warns of council tax hikes arising from local authority failures to reduce the amount of waste going to landfill.

This is because, under the EU waste framework directive, councils must reduce the amount of waste sent to landfill by half of 1995 levels by 2013 or face fines of up to £180 million per year. If these are missed, they could cost councils £7 million each per year. This would equate to around £30 per household added to the council tax. Then, on top of that, our own provincial government is adding to the grief with its own targets, which could add another £2 million a year.

The EU legislation sets up a hierarchy of options for waste disposal, with recycling at the top, incineration next and landfill last, but the Audit Commission is saying that recycling cannot cope with the volume of waste being produced and, therefore, more use must be made of incineration.

The Audit Commission states that around 30 new waste disposal plants are needed , mainly incinerators, which The Telegraph suggests "cost a minimum of £20 million". From where it got that figure, it only knows but the most recent plans for a new incinerator, in Belvedere South London was priced at £200 million.

One thing the paper does get right, however, is in saying that they are "often very controversial". They are indeed, and hated by the greenies (pictured, right, protesting against the Edmonton site – also pictured above). 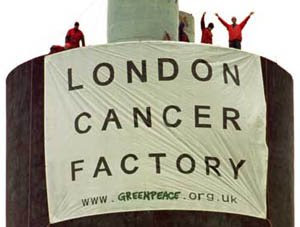 Thus, you get what must be the classic quote of the day, with Michael O'Higgins, chairman of the Audit Commission, pontificating that there needed to be a "mature" debate about waste. Instead of Nimbyism, he says, people should accept the reality that incineration plants were needed.

Of course, they are not needed for waste disposal. As we have pointed out so many times, there is no shortage whatsoever of landfill. This is purely to meet the impost of the EU obsession and its irrational antipathy to landfill.

Needless to say, the cheapest and best way of dealing with the waste “problem” is to tell the EU what to do with its directive but, as always, there are not enough of our politicians with the courage to tell them to do that.

Thus, as we descend further into madness, we end up paying through the nose and then suffering the impost of totally unnecessary and expensive incinerators that no one wants. And, for this, we are supposed to be grateful?