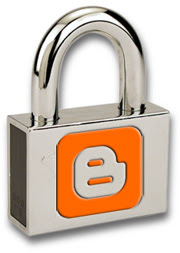 In June last my co-editor posted a piece on an EU parliament debate about controlling bloggers.

This immediately brought a response from arch europhiliac Jon Worth - who also published the pic (left) that we have nicked … clearly another example of irresponsible bloggers.

Even though the story was picked up by the stalwart Bruno Waterfield, Worth was having none of it, proclaiming that this was just an EU parliament resolution, with no legislative effect. We could all go back to sleep.

However, the story has resurfaced in Dan Hannan's blog, partly reproduced by Iain Dale, drawing attention to the full report from the EU parliament on its ideas for controlling bloggers.

As before, it proposes "clarifying the status, legal or otherwise, of weblogs". It also want to "encourage" their voluntary labelling according to the professional and financial responsibilities and interests of their authors and publishers, effectively ruling out the idea of the anonymous blog.

What particularly worries the report author, Estonian Socialist MEP Marianne Mikko, is the "undetermined and unindicated status of authors and publishers of weblogs" as this causes "uncertainties regarding impartiality, reliability, source protection, applicability of ethical codes and the assignment of liability in the event of lawsuits."

But there is also more to this report. Buried in the obscure language is a concern "the commercial media has expressed" over "unfair competition" from user-generated content, with a recommendation that the commission and member states "safeguard media pluralism, to ensure that all EU citizens can access free and diversified media in all member states."

Thus sounds suspiciously like a bid to subsidise the ailing MSM which is more willing to carry the EU’s messages, with the commission taking advantage of this to "recommend improvements when needed." The report also "stresses the need to institute monitoring and implementation systems for media pluralism based on reliable and impartial indicators", which stinks of Big Brother - the Orwellian version.

Of course, Jon Worth can still dismiss this as an "own initiative" report with no legislative significance. But it is the case that the commission uses its stooges in the EU parliament to fly kites, and if they get friendly receptions – which they so often do – it then uses them as the justification for proposing legislation.

Certainly, as both we and Bruno Waterfield have reported, the commission hates blogs, holding them – and the internet in general – partly responsible for the success of the "no" campaign in Ireland. The net was also a powerful force in the Dutch and French referendums, and those lessons will not have been lost on the commission.

This report, therefore, can be taken as a ranging shot. Clearly, there is concern within the EU about the power of the internet and the fact that it is beyond the control of the eurocrats. Part of the fight-back, it would seem, will be to subsidise the MSM, in an attempt to level the playing field, but one cannot rule out some attempt at regulation in the fullness of time.

It should go without saying that any such attempt would be fraught with difficulty but that will not deter the commission. Having tried the old adage, "if you can't beat them, join them" – with the fragrant commissioner's tedious blog - it is reverting to type with its own version of the adage: "if you can't join them, beat them".

All we can say is, "Blogs away! – Let battle commence!"