Who should decide? - Part 1 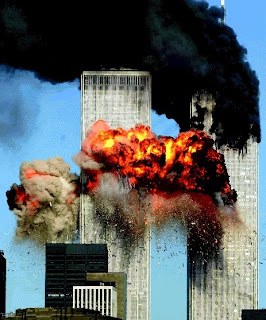 Today of all days it is excusable to write about American politics but this posting is not precisely about that. It is about weird attitudes to it in Britain, Europe and the rest of the world as conveyed to us by sundry journalists, the BBC and various tranzi representatives.

This argument is so fatuous that we, on this blog, would ignore it if it did not have certain rather dangerous aspects to it, given that it is all part of the great battle democracies, especially the United States, are waging against the unaccountable transnational oligarchies.

Let us get the superficial problems out of the way. The argument about the all-powerful President ignores the role of Congress, of the Supreme Court and of the individual States with their legislatures and executives (surely the word Governor has acquired some meaning for these so-called experts). In other words, there is a complete ignorance of the American system but then what would you expect from people who hate the very idea of constitutional democracy?

Secondly, the rest of the world seems to consist of 22,500 people asked by the BBC World Service over a course of several months in 22 countries, many of which do not precisely have elected, accountable governments themselves. Plus there are the left-wing journalists (mostly a tautology) and people who work for the UN, various NGOs and other suchlike organizations. Who exactly appointed them to speak for the world? Come to think of it, how do they know that the people of those countries really would vote for Obama? They might have many of the same reservations that Americans do about him.

Wherever the people of the rest of the world have had a choice they have managed to discard left-wing ideologies and socialist parties have had to start pretending that they believe in the free market and small government. Little of it comes through in reality but, at least, they know that they need to say this in order to get elected. Why, given all that, would anyone be so certain that a left-wing Democrat would be the world's choice?

Of course, as I have said, we are not talking about the world, merely about a very small segment of it – the people who have appointed themselves without asking the rest of us to be our spokespersons.

Two things have triggered off this particular splenetic outburst: a poll conducted by the BBC World Service and an article by Jonathan Freedland in The Guardian. There has been a certain amount of anger about both of these, in particular on Conservative Home, America in the World (Tim Montgomerie’s second string) and, over the Pond, on American Thinker, Chicagoboyz and sundry others, too numerous to mention.

There is a great deal more to say on the subject and I shall do so later today. However, at this precise moment other duties call, so I shall post this introduction to the theme. To be continued …
Posted by Helen at 11:35