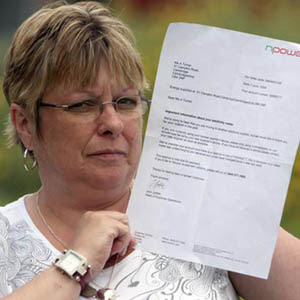 Philip Johnston is one of the "good guys", writing intelligently on a wide range of subjects for his Monday column in The Daily Telegraph, largely by not entirely to do with state bureaucracy and waste.

Unfortunately, in today's effort he typifies the perils of stepping outside his normal brief without doing his homework.

His theme for today is "carbon capture", something we did last night for the "Horlicks" so I did not want to return to it so quickly. But Johnston's efforts should not pass without reward.

He starts his piece by expressing a lukewarm sympathy for the Greenpeace vandals activists who got away with damaging Kingsnorth power station. This is in part conditioned by his dislike of the plant. Brought up near the Medway Towns, he writes, "I yield to no one in a dislike of the Kingsnorth power station. It dominated the landscape of my childhood, a brooding, belching presence across the estuarial creeks and marshes …".

Thus conditioned, the man has swallowed the greenie propaganda, hook line and sinker, arguing that carbon capture would enable us to produce "clean" electricity from coal, hence reducing the "belching", one assumes. And, in so doing, we could take advantage of plentiful supplies of coal in this country and improve our energy security by reducing our reliance on countries such as Russia for gas.

Taking on board the issue of energy security, Johnston – like so many writers who venture into this field – clearly has not bothered to discover the sources of the coal from which we generate electricity.

Yet, as we pointed out in this piece written in early August, last year the UK consumed 62.7 million tons of coal, of which 52.4 million tons was used for electricity generation. Of that, the British coal industry actually produced 17 million tons in 2007 (with 2.9 million tons lifted from stock) while we imported 43.3 million tons. Of this, 22 million tons came from Russia and 12 million tons from South Africa.

Thus, all other things being equal, in the short-term (for ten years or more which it would take to rebuild our coal industry), increased coal usage for electricity generation would require more coal imports from countries like Russia and South Africa, reducing rather than increasing our energy security. And that, of course, assumes the coal is there to be bought, which is a dangerous assumption as both countries have capacity problems.

Even then, though, all things are not equal. If as is suggested, carbon capture could absorb 40 percent of the power output of a power station, the "clean coal" option would require additional power stations just to deliver the same amount of usable power that we produce today. Since these would also - presumably - require carbon capture, the total extra capacity required would be 66 percent.

This though just deals with the energy security issue. Our best estimate is that carbon capture could also double the cost of electricity produced from coal-fired power stations. Add to that the cost of the other barking mad policy – the reliance on renewables – and we are looking at the overall doubling of electricity prices, over and above today's inflated rates. Is this really what Mr Johnston wants?

However, the best is yet to come. Mr Johnston "dislikes" Kingsnorth power station but it would appear that he is content to visit his dislike on others. To make up for the power loss occasioned by carbon capture, the generators would have to build another six power stations the size of Kingsnorth – without producing a single watt more usable electricity.

The trouble is that Mr Johnston means well. Yet, in advocating measures without having the first idea of the consequences, he potentially does great harm. That is possibly to overstate his influence but he is by no means the only one in thrall to this madness. And therein lies our problem.