The Daily Mail today chooses to devote its front page to a warning by the National Grid that electricity supplies will be tight this winter, with the real possibility of power cuts.

The story, in typical Mail style, is luridly written, but there is a germ of truth in what it says. Earlier this month we noted the poorly reported story of another warning by the National Grid, then remarking how tight the situation was.

However, what is especially remarkable of the Mail story (online edition), is the number of comments – 243 at the time of writing. That is unusually large and can be taken as indicative of widespread public interest.

After the economy, there can be no doubt that this is the most important issue in the book and, if the current economic crisis is resolved – at least temporarily – there is every reason to suppose that energy will leap to number one, especially if we do start seeing power cuts. In any event, even if the economy does go belly up, the lights going out could be the last straw. 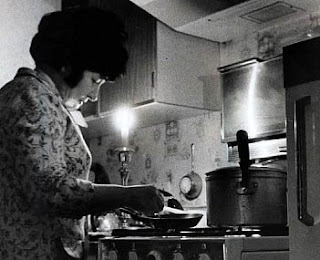 One is more than a little troubled, therefore, by the silence of the Conservative opposition. A post on Conservative Home today talks of the intended strategy of "neutralising the economy as an issue", the aim having been "to encourage voters to focus on the areas of policy where Conservatives are genuinely radical: crime, welfare, education."

The policy of downplaying the economy as a political issue is, of course, no longer tenable. But neither is the apparent policy of ignoring energy. While the Conservatives may indeed want to play to what they believe to be their strengths - crime, welfare, education – energy cannot be ignored.

At next week's conference, the Conservatives need to deliver a clear statement on where they stand on energy, and an outline of how they intend to keep the lights on in the UK for the next decade or so. Given the equivocation to date, where the Party seems more like a green activist group than a political party, such a statement is vitally necessary to demonstrate that it has a grip. It is already overdue.

Unless they do this, the Conservatives are in very great danger of being outflanked. They ignore this issue at their peril.