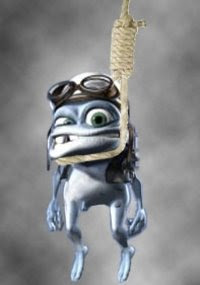 Michel Gurfinkiel is something or a rarity in France - a liberal right-wing journalist and writer. On my last visit to Paris this summer I met him in the upstairs room of the Cafe de Flore, one of the many iconic places on the Boulevard Sainte-Germain. (Yes, I am swanking but then I have never been to Aspen, Colorado.)

Gurfinkiel has written an interesting article about a new and potentially dangerous phenomenon on the French left - a more or less trotskyite party, led by a relatively (by the sound of it) charismatic young man, who pretends to be of the working class but is not. At the moment, Olivier Besancenot and his group, the New Anticapitalist party (le Nouveau Parti Anticapitaliste, NPA) are gaining in popularity, at the expense of the tired old Socialist dinosaurs.

It could become the dynamic new force on the left or it could split the Socialists and keep them out of power at the centre for many years. One to watch. Here is the article in the Weekly Standard and on Michel Gurfinkiel's website.
Posted by Helen at 10:08