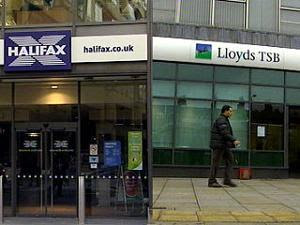 Remarkably, in the torrent of media coverage about the HBOS/TSB merger, the words "European Union" are still almost entirely absent. Thus, most media outlets wrongly report the merger as a done deal with very little comment on the competition law aspects.

Although the BBC, via its business correspondent Robert Peston, does explore this element, it does so in an entirely national context, reporting that the government will use the "national interest" clause (sic) in the Competition Act to over-ride concerns about competition.

Peston thus reports that the government will cite the national interest, which would be "served by the imperative of maintaining the stability of the financial system."

That will not wash with the EU and make no mistake about it, the EU is in charge here. It is a fundamental principle of our relationship with the EU that its law over-rides ours. This merger is no different – the dominant law is the so-called "merger regulation" and this takes precedence. Whatever the media might report, therefore, this deal is not done until it has been approved by the EU – specifically DG Competition.

We are reminded that, ordinarily, this merger would contravene conpetition law by an article from Reuters which recalls the government blocking the £18.5 billion bid by Lloyds for mortgage bank Abbey National, in July 2001.

"The merger would be against the public interest and should be prohibited," trade and industry secretary Patricia Hewitt said at the time, arguing the pair would have dominated current accounts and smothered competition for small business banking.

That "maintaining the stability of the financial system" will not wash is born out by a recent ECB report on precisely that subject – the stability of the financial system. It affirms that, "Policy actions in the context of crisis management will [i.e., must] preserve a level playing field," and then goes on to add: "Especially, any public intervention must comply with EU competition and state-aid rules."

Competition rules do not fall just because there is a financial crisis.

The defence of "national interest" has been invoked many times by governments, often in respect of trying to block mergers, and most recently in a big way here, but it has never been accepted by the commission without additional mitigating factors.

In what is a very complex and arcane area, however, there may be a "get out" clause known as the "failing firm defence", where action to protect the interests of shareholders and consumers can be authorised. In this case, though, it has to be proved that any alternative (such as failure or alternative merger or even a takeover) would have been worse from a competition perspective.

That is not something that the national authority is "competent" to decide and it will be up to the commission to conduct its own investigation and report accordingly. This could take as long as nine months although officials will doubtless be pulling out all the stops to facilitate a speedy announcement.

To complicate matters, any ruling by the commission could be challenged in the ECJ, by any other member state or even another bank, aggrieved by the decision, dragging the process out even further.

That said, it is not a given that the commission will refuse to authorise the merger. The point is that only the commission can approve it. Neither Messrs Brown nor Darling are in charge. They have no authority in this matter.

Another point is that there is no guarantee that the commission will approve the merger. It could even do so conditionally, requiring restructuring of the new company, or that assets be hived off or whole divisions sold.

Whatever happens, this does underline the central fact that our government is no longer in control of its destiny, even where vital national interests are at stake. We are, in that respect, in exactly the same position as Malta (with just as little power).

That island state is reeling under the impact of a ruling from competition commissioner Neelie Kroes (who will also rule on the HBOS merger) which has declared illegal plans for privatising its shipyards. Former Prime Minister Karmenu Mifsud Bonnici, leader of the Campaign for National Independence, has described comments by the competition commissioner as "a national humiliation".

"The will of the European Union is superior to the will of the majority of the Maltese people. The national interest safeguarded by the Maltese government has to be sacrificed to the EU competition rules," he adds.

Bonnici is not wrong. And whether Neelie Kroes approves or rejects the HBOS deal, we too are undergoing our own form of national humiliation. Just don't expect the media – and especially the BBC – to report it.