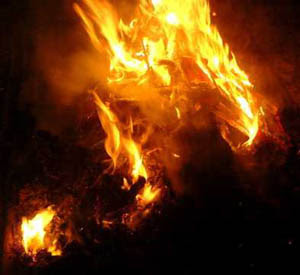 The Guardian website this morning was offering the headline, "Cameron calls for reform of banking regulations", while Conservative Home is retailing a comment attributed to Cameron that, "Gordon Brown's regulatory mechanism has comprehensively failed".

More detail comes from The Press Association which has Cameron saying that there had been "failure of regulation" in the financial sector, adding that the government had been wasting time rather than reforming the system.

Cameron is then directly quoted, saying: "I think that we have had a failure of regulation and we have had a debt boom that went on for far too long and it reached into parts of the economy it shouldn't have done. The whole thing has become infected and it has got to be dealt with."

A propos our previous post, Cameron is playing with fire taking this line. For sure, it is generally agreed that there has indeed been a "failure of regulation", but by far the bulk of regulation, and the regulatory structures, are of EU origin. They are not within the gift of Cameron to change, without taking on the European Union, which the leader of the opposition shows no sign of doing. But to pretend that they are "Gordon Brown's" is a very silly strategy indeed.

Furthermore, Cameron is wrong factually in stating that "the government had been wasting time rather than reforming the system," when the last ten years has seen a torrent of legislation dealing with the "reform" of financial services regulation, and indeed the financial services industry albeit of EU origin, or influenced by the EU.

More particularly, it is particularly dangerous politically to describe the regulation as "Gordon Brown's". If Cameron and his team insist on thus defining it, the natural inference is that a Conservative government would make changes to it – would undertake the "reform", the lack of which Cameron is lamenting. Yet, for the reasons elucidated, this is not within his gift.

For the sake of an easy sound-bite to tide him through the conference, Cameron is giving a whole host of hostages to fortune for, if ever elected, he simply will not be able to deliver.

Similarly, when Mr Osborne says that he would introduce a "Debt Responsibility Mechanism" that would require banks to put more money aside when profits are high so that they can deal with the inevitable years when profits are replaced by losses, he may not fully appreciate that his freedom of movement will be similarly circumscribed.

We are told he is saying that he would give the Bank of England the power to issue official warnings to the Financial Services Authority (FSA) that banks are lending too much money too freely, a measure he says would "lead to the FSA tightening up the capital requirements on individual banks".

Such matters as capital adequacy, however, are defined by the Capital Requirements Directive (CRD), comprising Directive 2006/48/EC and Directive 2006/49/EC. These implement the Basel 2 agreement and are not within the gift of any British chancellor to change unilaterally.

Further, while Osborne talks glibly about raising the compensation payable to depositors in the event of a bank failure, from £35,000 to £50,000. Compensation is an issue dealt with by Directive 97/9/EC, which means this area is one of those notorious "occupied fields" about which, as we have observed previously, Osborne seems to have limited knowledge.

While the Directive requires a minimum level of compensation to be paid in the event of a bank failure – originally set at €20,000 - it sets no maximum payment and specifically allows member states to "prescribe wider of higher coverage" and "gives member states the necessary latitude as regards the organization and financing of investor-compensation schemes".

The Directive – and therefore the commission – is however concerned about "market disturbances" arising from the disparity of compensation paid in different member state schemes. While it specifically concluded in 1997 when the directive was promulgated that it "does not seem desirable to require any change in those schemes …", this could change.

Osborne's proposal increases the disparity between schemes and, given that legislation impinges on an "occupied field", the commission could block any plans to increase the rate of compensation. In any event, Osborne would be very unwise to proceed without getting an agreement from the commission.

However, with this as with all the other pronouncements, the two words completely missing from the discourse are "European Union". This accords with the general Conservative policy of not mentioning "Europe", but it will not wash. There are far too many people out there who are fully aware of the role of the EU in so many areas of our national life.

The Tory head in the sand stance on "Europe" looks less and less credible by the day. More to the point, we really do not like being taken for fools.