Candour from the Beeb 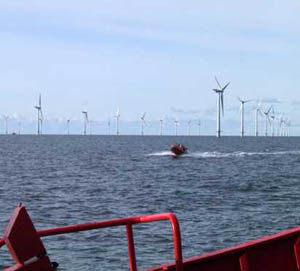 A remarkable programme was aired yesterday on BBC Radio 4, remarkable in the sense that it allowed criticism of the great God wind energy – the totem of the greenie religion.

This was The Investigation with Simon Cox, which can be heard here, with a back-up piece on the BBC website.

But, while Cox establishes that wind power produces 20 percent of Danish electricity, he also finds out that this is not actually consumed in Denmark. The figure is a statistical illusion. Only nine percent of the wind energy generated is actually used in Denmark.

At times of peak capacity, the power cannot be absorbed into the grid so it is exported. Much of the power goes a system of inter-connectors, mainly to Norway which has a high proportion of hydro-power and therefore is able to shut down its own capacity very rapidly in order to take the Danish feed.

This, Cox does not actually tell us. Nor does he reveal that the power is sold very cheaply to Norway – which is thus the main beneficiary of the Danish system – or that the Danes have the highest electricity bills in Europe.

But he does elicit from Peter Jorgensen, the vice president of Energinet, the Danish national grid company, that it would be "very difficult to run the system without the inter-connectors." "We are very dependent on our *neighbours", he concedes.

Challenged as to whether Denmark could rely on an independent system, Jorgensen admits that "You could build a system that would balance on it own, but it would be very costly".

That, in fact, is what the UK is committing to. Cox finds that the National Grid has no plans for a system of inter-connectors and, therefore, we will never be able to balance our system with the aid of our neighbours. Thus, Britain will be reliant on back-up power stations for the many days when there is not enough wind

Cox even allows his listeners to hear how much this will cost us, retailing an estimate from E.On of £10bn per year to finance the back-up, adding £400 to the average annual household energy bill.

That brings in Dieter Helm, professor of energy policy at Oxford University, who warns that this back-up will probably have to be gas-fired power stations as these are the easiest to turn off and on. But this will mean a "dash for gas" leaving Britain badly exposed. It would be "about the worst possible thing that one could conceive of given what's going on in Russia and given our dependence on Russian gas supplies", Helm says.

This is, of course, nothing new to EU Referendum readers but the fact that it was the BBC airing these views was very new. And what we have covered is by no means to whole of it. We’ll have a look at the rest in another post.