Publish and be damned! 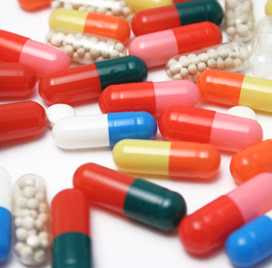 The EU is, next month, to unveil plans to let drug firms use the media to publish promotion information about prescription-only medicines directly to patients.

This at least, is the claim of The Observer which is also retailing claims that the NHS's £11bn annual bill for drugs could soar if this is allowed.

Opponents argue the controversial proposals would come close to contravening the longstanding ban on companies advertising branded drugs and the idea that patients should have easy access to information about the medicines fed to them by their doctors is one that fills their trade union the British Medical Association with horror.

It is joined by the Consumers Association and Royal College of Physicians, the three being among nine "leading organisations" that have written a joint letter to the EU commission urging it to abandon its plan.

They fear that if this is allowed, patients will start demanding specific drugs they have seen promoted and reduce doctors' ability to prescribe cheaper alternatives. That happened in America, or so we are told, after it relaxed its rules in 1997 to permit such material.

"If we increase the demand for branded medicines the NHS drugs bill could go sky-high, putting its finite resources under threat," said Pete Moorey, the public affairs manager at Which?, the Consumers Association magazine.

For once, however, we must side with the EU on this. This sort of information is already on the internet, for those that wish to look at it, and there is no good reason why the medical Mafia doctors should have a monopoly of information.

The pharmaceutical industry makes a good case for liberalisation, with which it is hard to disagree. The only pity really is that the EU is proposing it as well.