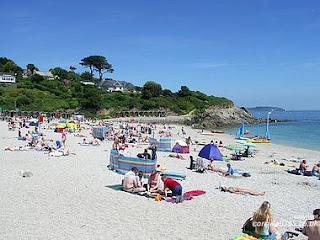 Inflation is poised to peak and then slide says David Smith in "Economic Outlook" in The Sunday Times.

This is something we flagged up in our piece last week, also pointing out the political implications. If the main concern of ordinary people is "the economy stoopid", the Gordon Brown has some good news waiting for him, just as we edge closer to an election.

We did say in our piece that the news would come too late to save the beleaguered prime minister, as the "tipping point" has come and gone. The polls seem firmly in the Conservative's favour and nothing short of a political earthquake would seem capable of shifting them.

However, as David Smith writes, "sharply rising prices of essentials have a bigger direct impact on most families than restrictions on the availability of credit", in which context he avers that "it is difficult to overstate the importance of inflation peaking soon and then falling".

In terms of the near future, Smith thinks food prices are still a risk in view of the bad harvest in the UK, but he also notes that prices are set globally. In the round – with record harvests elsewhere in Europe and the world, the risk is likely to be minimal.

Where the risk is most evident is in the energy field. With the tightness of supply for liquid natural gas, everything depends on the forthcoming winter. If the weather is severe and gas consumption rises, the utility companies will be forced onto the spot market big time, paying exorbitant prices in order to maintain supplies. It will be difficult then to see how another round of energy price hikes can be avoided.

Given mild weather, the chances we have seen the last of the big price rises for the short-term which will give Brown a chance to claim that his steady hand on the helm has enable the country to weather the economic storm. And, if it isn't enough to make the difference, it may afford him the opportunity to give the Conservatives a tougher time than they perhaps expect.

If a week is a long time in politics – and it certainly does feel like that these days - the 20 months or so to the next election is an eternity. The funny thing is that, in order to avoid the meltdown that would come with higher energy prices, Gordon Brown really needs global warning – just as it looks like it is a thing of the past.