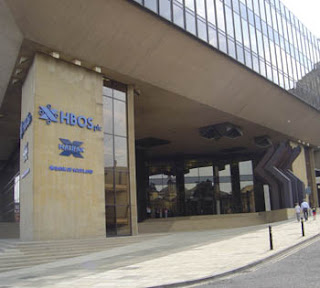 The Independent (based on a Reuters report) is saying that the HBOS and Lloyds TSB merger "could still face European Commission scrutiny under EU rules on fair competition."

However, it adds that it could escape scrutiny of if more than two-thirds of the new group's combined "European turnover" (actually, turnover in EU member states) is generated in the UK.

Article 1 paras (2) & (3) of the "merger regulation" apply, the operative part (in para 3) stating that the regulation applies: "...unless each of the undertakings concerned achieves more than two-thirds of its aggregate Community-wide turnover within one and the same Member State."

The Independent cites a spokesman for EU Competition Commissioner Neelie Kroes as saying: "It is up to the parties concerned to verify whether they need to notify the HBOS/Lloyds deal to Brussels under the EU merger regulation, or just to the UK authorities."

Another Commission official is also cited, explaining: "If the requirement of generating more than two-thirds of European turnover in just one member state is met, the national competition authorities have exclusive power to reject or approve the deal, however big the merger is."

"In this case," he adds, "it's highly likely that the Government has made that calculation before announcing a waiving of the merger rules."

Personally, I would not bank on that – knowing the capability of our revered government to get it wrong. Lloyds TSB has a substantial overseas operation, which includes major insurance interests, corporate finance and personal banking. The HBOS conglomerate also has offshore interests.

Whether the combined turnover meets the two-thirds test, therefore, is a matter of fact, determined by examining the accounts. It could be, despite my own hyperventilating last night, that the merger creeps under the bar.

If it does, however, you can bet the "colleagues" won't like it and, under para (5) of Article 1, they have the power to vary the qualifying threshold by QMV. Watch this space!