And therein lies your problem … 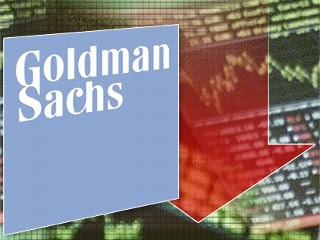 So it comes to pass that the revered Jim O'Neill, chief economist of Goldman Sachs, reaches down and spews out his words of wisdom for all us lesser mortals to imbibe, offering us his recipe for resolving the financial crisis.

The great Jim thus tells is, "…the tripartite mechanism for monetary and regulatory policy needs to be rebuilt. Having had a knife cut through it by the events that led up to Northern Rock, there still seem to be political ramifications from that development and no cohesion between the major UK policy players."

Thus does he drivel on: "How impressive it is to see Hank Paulson and Ben Bernanke sitting together, trying to encourage US Congress to buy into their joint ideas to stop the risk of a severe recession. Wouldn't it be good to see that coming from all players here?"

As always with these airheads in their sharp suits and expense account living, they simply cannot get to grips with the real world. Closeted away in their gilded ivory towers, surrounded by fawning acolytes and compliant secretaries, fêted by the dozy media which hang on their every word, they simply cannot take on board the fact that we do not have a tripartite system of regulation.

Their sterile smug little brains, buoyed with their own sense of self-importance, insulating them from their own ignorance, exclude any recognition that we have a quadupartite system, the missing player being that brooding presence in Brussels that no one, but no one wants to talk about.

O'Neil can twitter away all he likes about Hank Paulson and Ben Bernanke, and the idea of the "major UK policy players" coming together in like fashion, but we are no longer an independent country. Anything our "major" players come up with would have to be packaged neatly and despatched to Brussels, and thence to Luxembourg, where the EU financial ministers meet, to be chewed over by 26 other countries, only then chopped to pieces by the commission and the ECB, emerging again to be shredded by the European Council.

"Perhaps giving some of the formal authority back to the Bank for regulatory matters might sharpen the minds and broaden the imagination for those involved," drivels O'Neil. But how come those "regulatory matters" were divested in the first place? Er … this we don't talk about.

The current dilemmas, concludes this towering intellect: "don't need to result in a lasting negative outcome for the UK, but we need some 'out of the box' thinking, and quick." That much is true, but you won't get it from the people who presided over this mess. And Mr O'Neil is one of them, one of the progenitors of this stinking pile of ordure. Thinking, much less thinking "out of the box", clearly is not his forté.

And therein lies your problem.