Reality is a bitter pill to take 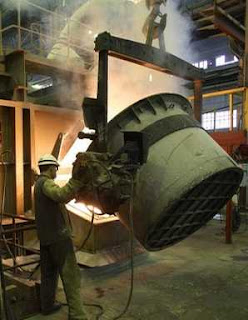 There was I thinking that I've done climate change to death today so I must change the subject for the "Horlicks".

But hey! Up pops this, which stands up as a good story in its own right, illustrating the bizarre convolutions of the EU as it tries – and fails – to implement one of its policies. It could be about the Common Fisheries Policy – the mess-up is the constant, only the subject matter changes. But it just happens (complete coincidence, Guv!) to be about, er … climate change. More specifically, it is about the latest twist in the EU’s emission trading scheme (ETS).

In the last piece we did on the subject, we pointed out that the electricity generation industry was a prime candidate for the ETS treatment – generation cannot be moved offshore and the captive customer base cannot buy its electricity elsewhere. Whatever costs are loaded onto the product, the (domestic) customer has to grin and bear it.

This is not the case, of course, with other products, the manufacturers of which the EU wants to include in the ETS – as indeed we've been pointing out in previous posts, where even the Germans are getting restless. Top-load them with costs and they just move out and export their finished products back into the EU member states.

Now, having been told this innumerable times, this salient fact is just beginning to dawn on that repository of intellectual excellence, the EU commission. Having just been presented with a report which looks into the issue, it has been told that, "parts of Europe's steel and aluminium industries are highly exposed to international competition". Therefore, they "may" need free allowances to emit carbon dioxide after 2013, despite the intention then to auction the permits.

This, believe it or not, is according to "a preliminary EU analysis", which identifies aluminium smelting (pictured), hot rolled steel and slabs produced in basic oxygen furnaces and clinker as industries which may need the free allowances. Yet, despite other sectors such as chemicals, ceramics, pulp and paper, refineries, glass or metals, all variously threatening to offshore, the report did not cover these industries.

Neither is the commission rushing to make a decision, even though the industries affected are pleading for "clarity" so they can plan their investments. The commission is holding back because, it says, information on exemptions from permit charging would weaken its hand in global climate negotiations next summer.

So it is that the commission is ducking the obvious and necessary decision – that, in order to avoid the wholesale loss of industry, it is going to have to back off from its grandiose scheme to save the planet. If it does back off, though, the EU is not going to meet its self-imposed emission reduction targets. Perhaps more to the point, it is going to lose leverage when it tries to bully other countries into joining its economic suicide pact.

Reality is such a bitter pill to take.