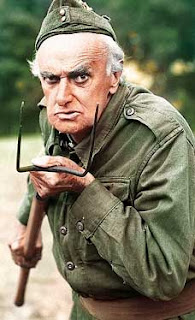 US lawmakers have "taken leave of their senses" says EU trade commissioner Peter Mandelson. He adds, "I hope that in Europe we will not see politicians and parliamentarians replicating the sort of irresponsibility and political partisanship that we have seen in Washington."

The US stock market gave a more tangible response to the House rejection of the Paulson plan by a vote of 228 to 205. The Dow lost 778 points, its largest point decline ever, and posted its biggest daily percentage slide since the 1987 stock market crash. The benchmark S&P 500 also had its worst day in 21 years.

At the time of writing, Forbes was reporting that Japan's Nikkei average was expected to fall, possibly hitting a new low for the year.

Bloomberg recorded the response of Thomas Sowanick, who helps oversee $22 billion as chief investment officer at Clearbrook Financial LLC in Princeton, New Jersey. Speaking before the Asian markets had opened, he said, "Something very positive has to come out before tonight's opening or the equities going to get crushed again in overseas trading."

His view of the House vote was that the failure to get the bill passed was "disgusting" and "disgraceful."

So, are we doomed?

Well, The Guardian is reporting that UK government "was bracing itself last night for further casualties after a day of panic on the world's financial markets." And that appears to have been written before the House vote was known, prompted by fears that the nationalisation of Bradford & Bingley would have a domino effect on the banking sector in Britain.

Later comment in The Guardian cites Peter Morici, professor of business at the University of Maryland. He says: "Things are going to get so bad something will have to be done in the next few weeks. Banks will sink, credit markets will seize, the economy will go into something much worse than a recession."

Nevertheless, it is too early to say what will happen, but the London stock market in the morning will give us some clue. While others are talking of a "meltdown" and "looking into the abyss," The Times contents itself with saying that this is a "dangerous moment."

Me? I go with Morici. We are doomed. But then, what do I know?