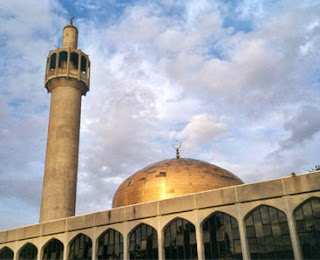 Part of Monday was spent at a conference organized jointly by (deep breath) the Center for Security Policy with the New Criterion, Hudson Institute, City Journal – Manhattan Institute and our own Centre for Social Cohesion. With such illustrious sponsors there were illustrious speakers, including Ayaan Hirsi Ali, Mark Steyn, Daniel Johnson, Melanie Phillips, John O’Sullivan and David Pryce-Jones. Several postings will be needed to do it all justice and this is merely a preliminary musing.

The theme was “Free Speech, Jihad and the Future of Western Civilization” with a sub-heading mentioning libel tourism, a peculiarly British problem but that was not one of the main subjects. Since there were no lawyers on either of the panels, there could be no discussion of how the libel laws of this country can be changed as, we all agree, they must be.A repeated theme elaborated by several speakers was the notion that the danger we are facing through soft jihad is greater than any we have faced before as neither Nazism nor Communism were so obviously ensconced in our society. There were no schools named after Lenin or St Adolph churches on street corners. Thus, our refusal to fight the jihad is liable to destroy Western civilization in a way the other two ideologies could not.

Let me, respectfully, disagree with that. Well, I guess you expected that. The long analysis and disagreement is on EUReferendum2, though without pictures as I cannot think of any appropriate ones.
Posted by Helen at 18:42