A wake up call 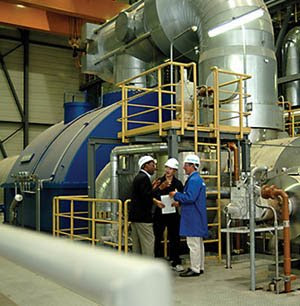 We should have been rejoicing at the publicity given to Ian Fells' report on the forthcoming energy crisis, reinforcing as it does, the warnings we have posted on this blog. But, although it did get some useful coverage, Google News records only 32 news articles. That is a trivial number – the Nick Clegg speech, for instance, gets 1,699 references.

Oddly enough, it was the marketing arm of the WWF, an organisation which masquerades as a newspaper publisher by the name of The Daily Telegraph which seems to have given the report the most prominence, offering a leader which notes that, "Wake up calls do not come any more strident".

As wake-up calls go, though, this is already yesterday's fish and chip wrapping, as the issue has not attracted any heavyweight (or any) comment from the opposition parties, which means that it lacks that all-important element of political controversy which will set the issue alight.

Actually, Fells' report was produced for the Conservative Party, senior members having been sent copies some many weeks ago, so they have had plenty of time to craft a response and synchronise its release with the publication of the report, the date of which was flagged up well in advance. The fact that there has been no comment, therefore, suggests that the Party was unwilling to make known its views on this issue.

What may have deterred them is Fells' advocacy of nuclear energy, and his quite sensible warning that renewables cannot possibly deliver enough energy to keep the lights on. But another uncomfortable suggestion is that financial incentives will be needed to restore investor confidence after policy vacillation and injudicious market intervention.

Fells actually advanced the view that there may have to be a minimum floor price for low-carbon, new-build electricity "to stimulate new nuclear build". One idea he has is that the electricity price to be guaranteed by letting a 50-year contract (or concession) at a fixed price (with escalators) for electricity supply and inviting appropriate consortia to bid for the contract.

I do not know whether Fells is being mischievous in offering this idea but one hopes that he does realise that this would be illegal under EU state aid rules, which would also prohibit and other type of financial support for the nuclear industry.

One suspects, however, that Fells – being an energy guru rather than an expert in community law – is unaware of this, or to the extent that we have been stitched up by EU rules to such an extent that both this and any other government has very little room for manoeuvre. On the other hand, one would like to think that the shadow energy secretary is aware of the problem but experience would suggest otherwise.

Add to this the poisonous effect of the "climate change" obsession on the energy debate, and it is hardly surprising that the Conservatives are not diving into that debate with any great enthusiasm. At some time, however, the official opposition is going to have to come clean and state its intentions. That time, we would aver, is already overdue and continued delay will make matters worse.

But it is not only timing but content that matters. In other context, Simon Heffer comments on the paucity of realistic economic policy emanating from the Conservatives, noting that, "…there is no point the Tories coming into power if all they intend to do is tinker at the margins of Labour's disastrous and ignorant approach to economics."

By the same token, there is no point in the Tories coming into power if all they intend to do is tinker at the margins of Labour's disastrous and ignorant approach to our energy supply. In fact, when it comes to Fells' main thesis, that energy security is more important than climate change, Labour is more in tune with reality than the Tories.

Nevertheless, with the Tories enjoying a commanding and increasing lead in the polls, one can see the logic in keeping silent. At a party political level, it does not make sense to make controversial pronouncements which might upset potential voters and thereby prejudice success at the next electorally mandated reshuffle general election.

The problem with that, though, is that the energy industry needs a clear lead now if it is to plan its long-term investment strategy and avoid the delay that will come with waiting until the Tories are elected – a delay which will ensure that the lights do go out, as Fells predicts. His "wake up call" was delivered not to the media but to the Conservatives.

To respond, the Tories must formulate and agree a coherent policy, which they show no signs of having done. Without it, they may well win the election but, when they are in office, the voters will be less than impressed when the lights go out.