You can lead a politician to water … 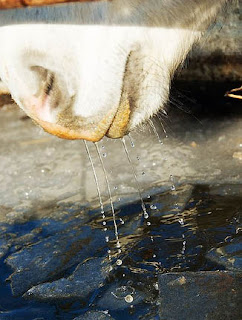 I think the comment of Nick Fletcher on his Market Forces clog for The Guardian says it all: "Traders have no idea which way to turn today. One minute shares are soaring, the next they are slumping…".

That sort of chimes with the comment I picked up yesterday after crawling out of the pit and switching on the radio: "Nobody seems to know what they are doing…".

The terrible truth dawning is that this is probably true. Elsewhere Iain Dale has a pop at Dib-Lem leader Nick Cleg for not knowing what the single retirement pension was, hazarding a guess at £30 when the true rate is £90.70.

The obvious question to ask is, "can politicians really be that ignorant?", to which the answer is probably "yes". In fact, there is no "probably" about it. And that was an easy question. When it comes to the more complicated issues, like the energy crisis or the increasing encroachment of the EU in the administration of our government, most politicians do not have a clue. They are not even off first base. They really are that ignorant.

Part of the problem here – as we have observed before – is that they do not discuss these issues. There is no political debate about energy, nor the EU nor on sensitive issues like immigration. And if you don't discuss these things, you don't learn and your understanding does not develop.

Worst of all, when policy issues are not discussed, phenomenal levels of stupidity and crass decisions like this are not picked up. Then, in the fullness of time, when the consequences become apparent, everyone is surprised and dismayed that they could have happened and nobody did anything about them.

That is the message of the moment. All sorts of things are happening now which are the result of decisions taken (or not taken) in the past, unremarked or not given the scrutiny they deserve. It is easy now being wise after the event, but the problem is that not enough people were wise before the event – or they were not being heard.

So it is that, as we are assailed with the bad news of the day, tomorrow's crises are already in the making, all because no one seems to know what they are doing or – more to the point – they are avoiding the discussion and letting ignorance be their guide. The real mother of all problems though, is that oft misquoted saw: "you can lead a politician to water, but you cannot make him think".