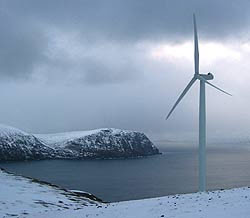 Writing about anything other than the financial crisis today seems akin to the house journalist on the Titanic penning an article on flower arranging – two hours after the ship hit the iceberg. The tale is told, though, of passengers on the deck some hours after the impact enjoying snowball fights, heedless of the danger they were in.

One is also conscious of the Jo Moore dictum that days like today are an extremely good time to bury bad news. While the media attention is focused on the gathering storm of the financial meltdown (or not), many other things are happening.

One of those things is the latest bizarre (a word I am beginning to over-use … does anyone know a better one?) development in the long-running saga of the European emissions trading scheme (ETS) – that arcane subject which no one really wants to talk about but which, in the fullness of time is going to cost us all (collectively) many billions.

Anyhow, pushing the story on is The Guardian which tells us that "leaked papers" show that Britain is "trying to weaken plan for EU carbon cuts."

This is a move, storms this distinctly greenie paper which would "reduce efforts to cut domestic pollution" – by which, of course it means carbon dioxide, which isn't pollution at all, but never mind.

What this is all about is a British inspired idea (although other have had the same thought) of using carbon credits awarded to con artists entrepreneurs in the developing world who have learnt how to milk the system installed energy-saving technology and thus done their bit to make money save the planet.

Behind all this is that monument to insanity the ETS which, as readers will be aware, creates carbon allowances (called EU allowances or EUAs in the trade) to auction to industry, thus giving them permission to produce carbon dioxide and thus stay in business.

Tied in with this is a plan, year on year, to reduce the number of allowances available, the theory being that this increases the cost of the allowances and thus creates a financial incentive to invest in carbon reduction measures which, collectively will reduce emissions and enable the EU to meet its self-imposed emission reduction targets.

That, at least, is the theory, with the major target being the electricity generation industry. And when the scheme was dreamed up, the EU was convinced that this would be achieve by moving away from burning fossil fuel – and especially coal - and creating zillions of giant subsidy wind farms, all with "zero" emissions.

However, no one with more than two brain cells (which of course excludes most greenies) is now labouring under the impression that wind energy is going to deliver the goods. And, far from coal disappearing, if anything usage is set to increase as pressure on gas supplies is set to make this energy source far more expensive.

This set the scene for the next fantasy option - carbon capture. Again, though no one with any brains is under any illusions that this will work, which means that we have a slight problem.

As the years progress and the carbon allowances are cut, UK plc faces the situation of having electricity generators standing idle – fully tanked up and ready to go – but unable to operate because their owners have run out of allocations. This, as you can imagine, would not go down too well with the great unwashed.

Hence, someone in government with a residual capacity for thinking has come up with this bright idea of buying carbon credits off the developing world, an idea which now has The Guardian whipping up its frenzy.

This would allow Europe to make less effort to cut its pollution, it says, enabling it to emit "an extra billion tonnes of CO2 from 2013-2020." The paper could have said it will also enable it to keep the lights on, but that is not the game here.

And, of course, the move has been "condemned" by the climate change industry environment campaigners, who are accusing the UK of "trying to undermine efforts to get European industry to reduce emissions."

Says that great self-publicist and self-centred little madam Caroline Lucas, MEP extraordinaire and leader of the Green party: "The British government is trying to buy its way out of climate change targets using unreliable credits from abroad. It shows how much of the political talk on climate is empty rhetoric, when you have the UK talking up the need for action on one hand, and carrying out this kind of irresponsible climate vandalism on the other."

In the very near future, however, la Lucas had better turn her attention to her beloved EU – which pays her a salary ten time more than she would get if she had to market her skills. The commission and her MEP "colleagues" are working on proposals to combine the ETS with what is called the "clean development mechanism" (CDM) run by the UN to create a global money-making empire emissions market along the same lines that the British are mooting.

Still, when "climate vandalism" gravitates to "climate crime", la Lucas can lock us up in windowless cells with no lights and we can all reduce our carbon footprints that way.

Before that, however, if would be nice if someone could actually demonstrate to this stupid woman the true meaning of vandalism, before she does any more damage.