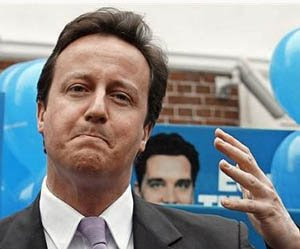 David Cameron, according to the BBC has rushed in to add his voice to sages such as Jim O'Neill, chief economist of Goldman Sachs.

As he arrived at the Conservative Party conference venue in Birmingham, the BBC reported him as saying he wanted to give the Bank of England (BoE) "sweeping new powers to rescue failing banks" and would also give it "a new role of monitoring both consumer and company debt." Detailed plans are to be unveiled by shadow chancellor George Osborne on Monday.

We are most recently informed that Osborne would give the Bank of England the power to issue official warnings to the current regulator, the Financial Services Authority (FSA), that banks are lending too much money too freely. This measure says Cameron, would "lead to the FSA tightening up the capital requirements on individual banks".

If the BBC's report is to be taken as accurate – albeit it lacks any detail – it would appear that Cameron is suggesting something that probably cannot be done under EU rules. If he is simply suggesting – as may be the case – that the Bank and the the FSA work more closely together, then that may be permissible.

Cameron's and his shadow chancellor's problem is that much of the legislation governing the conduct of the financial services industry now originates from European Union. That drastically limits their freedom of action.

Furthermore, much more is in the pipeline through what is called the Financial Services Action Plan. This is part of an overall plan to complete the Single European Market in financial services, which includes integrating and harmonising the regulatory systems in each of the member states.

Within that EU system, it would appear that there can be no role for the Bank of England as a regulatory authority. This is evidenced by the regulations and directives so far passed and transposed into UK law, such as the payment services directive. 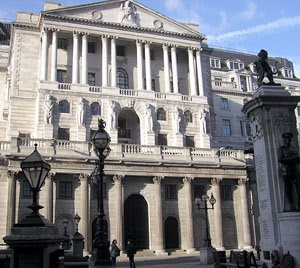 On the face of it, the UK government could either designate the FSA or the BoE. But that is not the case. EU law in each case goes on to require that "the competent authorities shall guarantee independence from economic bodies and avoid conflicts of interest".

Here, it is argued by Eilis Ferran, of the University of Cambridge - Faculty of Law; European Corporate Governance Institute (ECGI), that the BoE as a competent authority would involve a conflict of interest. Ferran cites an example of a central bank not wanting to adjust interest rates if to do so might trigger a number of bank failures for which it could be blamed.

Separating the monetary policy and regulatory roles, he writes, would remove this conflict and leave the central bank to determine to monetary policy free from extraneous influences.

This particular conflict arises when a central bank is made independent and given charge of monetary policy, as was the case in 1997 when Gordon Brown – in one of his first acts as chancellor – made the BoE independent. And whether or not the conflict of interest is arguable, the government of the day took the view that a separation of powers and responsibilities was necessary.

With remarkable speed, the government set in train the process from which emerged the Financial Services and Markets Act 2000 (FSMA), creating the framework which has since cemented in the FSA as the sole regulatory authority in the financial services sector. Ever since then, the government has routinely notified the EU commission that the FSA is the designated competent authority for its legislation including, for instance, Payment Services Directive and the Consumer Protection Co-operation Regulation.

Returning briefly to Cameron's announcement yesterday and Osborne's intention to unveil his proposals tomorrow, it is doubtful whether, in the context of EU legislation, that increasing the monitoring powers of the BoE - as the BBC suggests - would be permitted. That might require a joint designation of the BoE and the FSA, which the EU commission would be unlikely to accept. Certainly, it is the case that any such move would have to be first cleared with the commission.

If, however, these relatively arcane issues were the only bar, it is quite possible that a robust approach to the commission could overcome the objections, in order to give the BoE a greater role. But there is a great deal more to the issue than just the points so far raised.

In the first instance, the pressure for change came because the traditional regulatory structure, based on Bank of England supervision, had overseen some spectacular banking failures.

After the stock market crash of 1973–4, there had been a secondary banking crisis which had forced the BoE to bail out a number of lenders. Then there had been the collapse of Johnson Matthey Bankers Ltd in 1984, followed by the British & Commonwealth Bank in 1990, the Bank of Credit and Commerce International (BCCI) failure in 1991 and then the Barings crisis in 1995.

Added to that, there were regulatory failures outside the banking system, including the Maxwell affair, the notorious problem of pensions mis-selling - centred around Equitable Life - which involved the selling of inappropriate pension investment products to investors, and the Lloyds scandal. Meanwhile, there had been the (then) EEC's Banking Co-ordination Directive of 1977, the first major step towards European harmonisation in the financial services sector.

From all of these influences there had developed a consensus, not just in the UK but world-wide, that a better regulatory system was needed. From this emerged the structures on which the FSA is currently based, known as the "single regulator model".

This was embraced particularly by the European Union as the model for the "Europeanisation" of financial regulation. IKt was adopted by the Lamfalussy Report of 2000, to which we referred in an earlier post, and deemed the preferred structure under the Basel 2 agreement and the Capital Requirements Directive.

This is recognised and enthusiastically endorsed by our own government, which notes that:

The increasing integration of financial markets in Europe requires consistent EU implementation and convergence of supervisory practices. The importance of supervisory transparency and accountability has been stressed by the Basel Committee on Banking Supervision (caution: 251 pages, PDF) and by the Capital Requirements Directive (CRD). The CRD requires supervisors to make disclosures that allow meaningful comparisons of supervisory rules and practices across Europe.

Against this background, to propose that the BoE should be more involved in supervising the banking system seems to be a throwback to a previous, failed system. On the other, it also seems to be going against the grain of decades of regulatory developments, supported and endorsed by the international banking community. Similar structures are being adopted or considered for Japan, Korea, German and other countries.

For thus either or both Cameron or Osborne to propose what could be a major change in the regulatory system would be a puzzling development. We need to see precisely what Osborne says tomorrow.

The irony, though, is that the current system is not only far from perfect, the FSA is according to Eilis Ferran going to be increasingly constrained by its obligation to give effect to EU law, which will almost certainly limit its effectiveness even further.

Significant parts of the FSA Handbook, he writes, already reflect EU rules on banking, insurance and securities regulation. And the EU influence is increasing as central EU institutions vigorously pursue the goal of full financial integration. He continues:

There is a trend away from the established approach of minimum harmonisation - where the minimum requirements are set at central EU level but with discretion for member states to impose stricter requirements (sometimes known as "super-equivalence") – towards maximum harmonisation – where no deviation from the rules set by the central EU authorities is permitted. Current trends suggest that national regulatory authorities of the EU member states will increasingly find their autonomy with regard to rulemaking eroded by obligations to give effect to requirements that have been set at EU level. Their role seems likely to shift from that of direct legislator to that of participant in the process whereby rules are developed at EU level.

For that reason alone, we need to reconsider our regulatory structures. Unless we do, the UK authorities progressively are going to lose control as EU law encroaches, the ultimate aim being to establish a pan-European regulatory agency of which the FSA would be a branch office.

Unfortunately, that does not seems to be on the agenda. But tackling this problem is far more necessary than what Cameron and Osborne seem to have in mind.