Of politics and policies 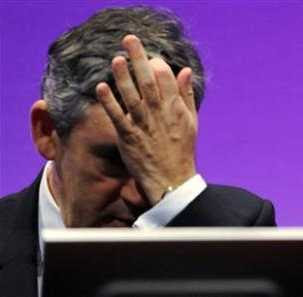 Gordon Brown is going for what he thinks is the populist high ground, pledging at the Labour Party conference internet access for all children. This £300 million scheme, we are told is being trumpeted "as evidence that the Government has not run out of steam and still has a radical agenda for the next 10 years".

Interestingly, a virtually identical policy was announced by Tony Blair nearly ten years ago. This was in September 1999, in a speech on e-commerce in Oxford, when he said:

…I have pledged that by 2002, all schools will be connected. And what's more, we will subsidise over 100,000 of our poorest families to get computers, so they can access the Internet at home too. Let's be clear - this is a massive step change, which will mean all our children will have access to the Internet. Not just those with rich or enthusiastic parents, but all our kids.

From my recollection, some time afterwards, there was a brisk trade in the local pubs in government-financed computers, as the local scrotes cashed in on the scheme as a handy way of topping up their beer money.

If this is appears something of a digression for EU Referendum, bear with me. In Brussels yesterday, our real government was announcing the results of a study by the consultancy McKinsey into carbon capture and storage (CCS).

This claims that such plants could be economically viable by 2030 at the latest. But it would require substantial public subsidies to get 10-12 plants running by the EU target date of 2015. They cost twice or three times as much as conventional coal plants: about €2bn for the 300 megawatt plants planned by the industry, which is refusing to go ahead without public subsidies.

Thus, a project styled as "one of Gordon Brown's pet energy projects - to build up to a dozen pilot plants to capture and store carbon dioxide as power stations burn coal to generate electricity" would require EU subsidies of as much as €10bn (£7.9bn) over the next few years.

CCS, as The Guardian rightly says, is highly controversial, which puts it directly in the frame as an issue which should be subject to the widest possible discussion and political debate.

However, despite this being a vibrant political issue, the outcome of which could well and most certainly will cost us all huge amounts of money through our electricity bills, the issue will not percolate into the British political circuit for one very good reason – the "debate" as such will be conducted at an EU level, where the ultimate decisions will be made.

It is there, interestingly, where the discourse is almost devoid of personality politics. It will be led by Andris Piebalgs, EU energy commissioner, who is almost totally unknown to UK audiences and the political claque which forms our chatterati. Thus, while Gordon Brown plays to his domestic audience with recycled schemes of very little import – and a proven track record of failure – the real stuff of politics goes on elsewhere.

Rehearsing a theme we have addressed many times, this seems to add to the core of evidence which explains why politics in the UK is now so empty. The real decisions have been handed over to Brussels, where policies are developed and pursued in the absence of the political soap opera that dominates the UK scene. All that is left for the likes of our prime minister and the political classes is to prattle about side issues of very little consequence.

The charge has been levied that our continued membership of the EU reduces the UK government to the status of a local authority. Then we see our prime minister reduced to prattling about a recycled policy on "computers for kids" – wasting up to £300 million into the bargain (more cheap computers in Bradford pubs) – while our masters are discussing a policy with a near £8 billion price tag, which will have enormous long-term consequences for all of us.

Welcome to the Urban District Council of Great Britain.