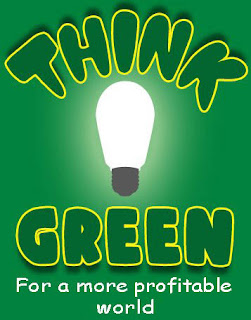 If there was any more evidence needed that the climate change scam has become precisely that – a vast money-making scam – turn to The Times today (business section) for an interview with Chris Osborne, "boss of the LECG consultancy".

The egregious Chris is touting the idea that there should be an International Court of the Environment in London, which should become "the supreme legal authority for settling issues regarding harm to the environment". Apart from another boost to tranzie ambitions, this would, of course, provide another generous income stream for high-priced city lawyers - as well as jobs for the LECG "experts".

But the main contribution of Mr Osborne is his conviction that:

… we are heading for an investment gold rush in new green technologies comparable to the dot-com boom a decade ago. America, where the providers of capital already have close links with the academics researching the technologies, is ahead of Europe. "The same VCs who were sticking money into the dot-coms world as an emerging, pattern-breaking transformation are back again. They have the money. They have the clout. They are looking for stuff that will provide the breakthrough," he says.

And just like the dot-com bubble, this green-con boom will burst in due course. In the meantime the money men and the corporates are rushing in to milk it for all it's worth.

Osborne sees the development of renewables such as wind, solar power and biofuels as "seed corn", businesses that are still insignificant today in profit terms. But, noting the "professed devotion" of Shell and BP to renewables, he dismisses the accusation of "greenwash". "Greenwash is a pejorative term," he says. "I'm not sure that's warranted. These are companies like any other companies and they exist to make money."