Ambiguity – or the truth revealed? 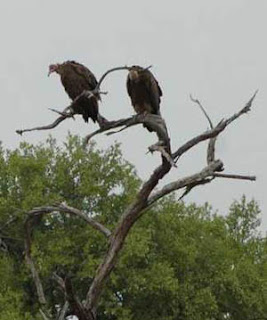 "EU struggles with tools to tackle Lehman-style crisis" is the offering from Euractiv, headlining its report on the financial crisis.

We could hardly disagree, but we did not think that this site shared our opinion of the "colleagues".

However, the infelicitous headline actually distracts from a worrying story. As always when there is a problem, the "colleagues" have been gathering like vultures at the prospect of a feast, this time plotting to turn the financial crisis into a beneficial crisis.

The plot is led by French finance minister Christine Lagarde, who has circulated a paper proposing "integrated supervision" of the financial services industry "based on collegial work by national authorities."

In conjunction with the EU commission, he proposes that every financial group with a cross-border dimension would be monitored by an ad hoc college of supervisors, made up by authorities from the countries it operates in. Within the college, the supervisor of the home country would have more power due to its better knowledge of the multinational company's overall financial activities and exposure

Lagarde was apparently jubilant at the reception of his idea. "We found the basis for unified supervision. We moved towards a more integrated Europe today," she was heard to say after a meeting over the weekend.

Nevertheless, a number of member states are wary of integrated supervision but the idea has been lodged once again and it is back on the political agenda. You have to give it to the "colleagues". They never miss an opportunity to promote the EU's one and only real policy – political integration.