A culture of irresponsibility 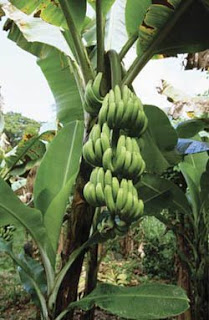 The prospect of Thomas Cook reaping half a billion pounds from the EU, as a result of the commission's incompetence (or worse), has not come to pass.

As flagged up in our earlier post, the ECJ was due to rule today on whether the company was entitled to compensation as a result of the commission wrongly intervening in 1999 to prevent a merger between MyTravel - then known as Airtours and now part of the Thomas Cook empire - with First Choice Holidays.

Perhaps contrary to expectations, we now learn that the ECJ has ruled against Thomas Cook, stating that "mistakes" by the commission were not so serious as to "manifestly and gravely infringe" EU law and thus justify a payout.

The court's view was that, although the commission had made "mistakes" that warranted overturning the ban, these did not justify the award of compensation. For money to be handed out, a higher legal standard was needed than a court's decision to overrule regulators.

Separately, we also hear That the ECJ has thrown out an appeal filed by two Italian banana exporters — FIAMM SpA and Giorgio Fedon & Figli SpA — and their U.S.-based subsidiaries, who were arguing that they were entitled to damages incurred as a result of the long-running international trade dispute over banana sales.

They filed for damages on the basis that they had suffered financially because of US trade retaliation taken in 2001 against the EU, after the EU had refused to obey a WTO ruling against it.

So there you have it. While ordinary mortals who mess up are hounded by the state, to the ends of the earth, when it comes to our masters, they glide serenely on, totally unaccountable for they damage they do and the hardship they cause.

I think we have heard before that we now live in a society where there is one rule for them, and one for us. If any more evidence was needed, we have it in spades today.