Tax is for the little people 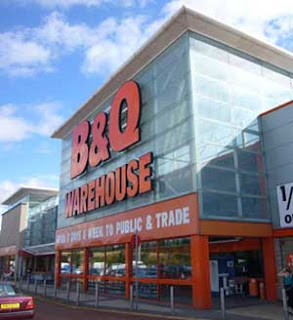 In a pointed protest against Gordon Brown's increasingly rapacious tax regime, Ian Cheshire, the chief executive of Kingfisher – the company which owns the B&Q do-it-yourself retail chain – is considering moving his headquarters offshore.

This, we are told, is the latest potential blow to the Government's under-fire tax policies, with Kingfisher the latest in a string of blue-chip names, which includes WPP and RSA Insurance.

One's sympathies for Mr Cheshire, however, are very slightly tempered by the recollection of a letter he signed recently, with others, urging the prime minister to ramp up green taxes and other costs to enable him and his other corporate colleagues "to grasp the business opportunities created by moving to a low climate risk economy."

One really does get a tad weary of wealthy men like Mr Cheshire, whose salary and stock options touch £1.3 million this year, reaching down and seeking to load massive costs on ordinary people, for his personal enrichment and that of his company and then, when it comes to his own dues, running a mile and squealing about excessive taxation.

The likes of Cheshire, of course, are quite entitled to complain about tax imposts but I do wish he and the rest of his claque would take a leaf out of their own books, and appreciate that we, no more than they, are not particularly enthusiastic about excessive taxation.

But then, we are not like them. Theirs is the gilded life – tax is only for the little people.