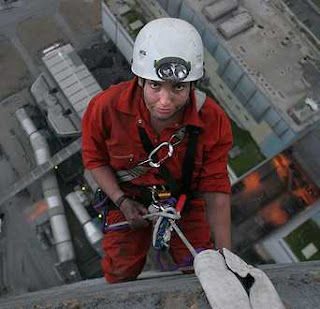 A little heralded passage in a document published by the Cabinet Office last March set out the stark but unarguable facts:

…the rising priority of energy security will increase the potential for disputes and conflict. Countries including China and Russia are already making control of energy supply a foreign policy priority. Like climate change, competition for energy is a global challenge in its own right, but also one with potentially serious security implications. Along with climate change and water stress, it is one of the biggest potential drivers of the breakdown of the rules-based international system and the re-emergence of major interstate conflict, as well as increasing regional tensions and instability.

This was the report on the National Security Strategy of the United Kingdom, which puts Hutton's comments last week in sharp focus. It also reaffirms the divide between UK and EU policy priorities.

But, while the sides are shaping up for a monumental battle, the "enemy within" is already here, as the warmist king James Hansen attended Maidstone Crown Court yesterday. He was there to give evidence in the case of six Greenpeace members (one pictured) who scaled a 630ft chimney at the Kingsnorth plant in Hoo, Kent, last October in protest against plans to build new coal-fired units there.

The activists had planned to paint the slogan "Gordon Bin It" on the chimney, but only got as far as the Prime Minister's Christian name before they obeyed a High Court injunction ordering them down. They were charged with causing £35,000 of damage – the sum it cost the plant's owner, E.ON, to scrub off the word "Gordon".

Bizarrely, Greenpeace argues that under the Criminal Damage Act 1971, its activists had a "lawful excuse" to cause the damage because they were seeking to prevent even greater damage being caused to property – such as flooding from rising sea levels and damage to species caused by climate change.

The intervention from Hansen supported this view, when he declared that Britain had a responsibility to take a lead on limiting climate change because it was responsible – owing to its long industrial past – for much of the CO2 already in the atmosphere. Phasing out coal-burning power stations was crucial in tackling global warming. "If we are to avoid disintegration of the ice sheets, minimise species extinction and halt or reverse... climate change there is just time to accomplish it, but it requires an immediate moratorium on new coal-fired power plants that do not capture or sequester CO2," he told the court.

Viewed in isolation, this is just one battle over one coal-fired station but the fact that we see Hansen taking the extraordinary step of jetting over from the States – never mind the carbon footprint – to give evidence in a provincial UK court gives the clue to its international dimension.

Already, in the United States, there is a concerted campaign by the greenies to demonise coal to the extent that the achieve a de facto ban, one which is gaining momentum by the day. According to this report some months ago, in early 2007, the US Department of Energy had listed 151 coal-fired power plants in the planning stages and talked about a resurgence in coal-fired electricity.

But during 2007, 59 proposed US coal-fired power plants were either refused licenses by state governments or quietly abandoned. In addition to the 59 plants that were dropped, close to 50 more coal plants are being contested in the courts, and the remaining plants will likely be challenged as they reach the permitting stage.

Since then we have seen the depredations of the Massachusetts v. EPA case which has led to even more coal fired stations being refused permits, to the extent that coal-fired electricity generation is fast becoming untenable.

Even last month, we saw the major US utility company Xcel taking the "unusual" step of "voluntarily" shutting down two coal-fired power plants in Colorado, citing benefits to public health and concerns about carbon-dioxide emissions.

A central figure in the battle to demonise coal in the US has been none other than James Hansen and it is therefore no coincidence that we should see him over here, broadening the front in his determination to see western democracies abandon coal as an energy provider.

The overall strategy, of course, is to force governments into a position where they have no alternatives but to rely on renewables for electricity generation, with the greenies entirely unconcerned by simple fact that they cannot even begin to provide a reliable base load.

Instead, they come up with madder and madder schemes, the latest being the utterly insane idea of developing an "offshore network" to link all the subsidy wind farms in the North Sea, so that a dip in wind power generation in one area could be "balanced" by higher production in another area, even hundreds of kilometres away – at a cost of a mere €15-20 billion.

In promulgating their madness, they do of course have the complete support of our government in Brussels, the brooding presence of which has largely stifled debate in this country. The fact of the EU involvement has undoubtedly inspired the Conservatives, in pursuit of the broader policy of not discussing "Europe", to keep quiet on this vital area of national interest.

How refreshing it is, therefore, to see the selection of Sarah Palin as Republican vice-president candidate energise the debate in the UK, to the extent that Reuters is reporting that she has made "energy security" her top priority, catapulting the issue to the top of the election agenda.

Thus it was that delegates at the Republican National Convention this week got a laminated card listing their party's principles. The top item, ahead of the economy, national security and fiscal accountability was: "energy independence and lower gas prices."

It says a great deal for British politics and the dead hand of the EU that energy security and the whole of our energy policy has played such a small part in national political discourse, the whole debate consigned to the margins. But, it is the lack of such open debate that is allowing the enemy within, bolstered by its fatuous arguments on "climate change" and wholly supported by the EU, to do its deadly work.

Sooner of later, the political classes and the chatterati are going to have to wake up to what is going on, and engage in what without doubt is the major political issue of our time – as indeed the US is so clearly demonstrating. The time for prattling is already long past and we desperately need to see some grown-up discussion and real action.