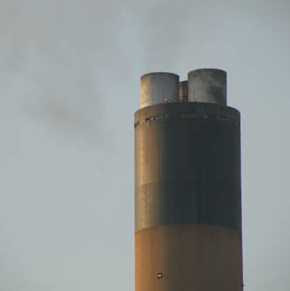 The recent economic downturn could push the EU to adopt more modest ambitions in its fight against climate change, reports EU Business - an issue we reported on last week.

Even at the relatively modest cost €30 per ton of carbon dioxide produced under the EU's emissions trading scheme (it could easily be double that), the annual cost to industry is estimated at some €44 billion between 2013 and 2020. Thus, a number of European politicians are now speaking openly about diluting or even abandoning the project.

"This plan is garbage. It's politically correct, but it won't happen," former Italian prime minister Guilano Amato said at the end of August while Renato Brunetta, Italy's minister for innovation, has been equally blunt. "If it happens, it would kill the economic upturn. No one needs to kill themselves," he says.

One negotiator involved in the talks between the EU commission and member states, said: "We're hearing these arguments more and more, notably from countries such as Italy and Germany, where industry is increasingly worried."

In fact, with the full support of Angela Merkel, the German government is backing a call from its industry to exempt it almost completely from the ETS. Merkel has said that although she supported the need to tackle climate change, she "could not support the destruction of German jobs through an ill-advised climate policy".

Germany has accepted that from 2013, power companies, including those that construct new power plants, should take part in the auction process but it is insisting that energy-intensive industries like aluminium producers should be compensated with free carbon permits.

The government is also to push for an exemption for large emitters like the steel industry, subject to these companies using the best available emission control technology, and is arguing for the remaining companies to have 80 percent of their carbon allocations issued free of charge.

The German government defends its stance by claiming there is a risk of carbon-emitting industries relocating to countries. "As long as European companies are governed by stricter climate protection regulations than their competitors in countries like China, we have to seek to establish special rules," says Sigmar Gabriel, environment minister.

How things have changed since the hubristic meeting of the 2007 European Council in Brussels when the "colleagues" agreed a binding target to reduce Europe's "greenhouse gas emissions" by 20 percent by the year 2020, compared with 1990 levels.

Now, the reality is creeping in and the "colleagues" are confronting a sober choice: they can pander to their climate change obsession or they can have an economy. They can't have both and are thus opting for the latter.