A confrontation shapes up 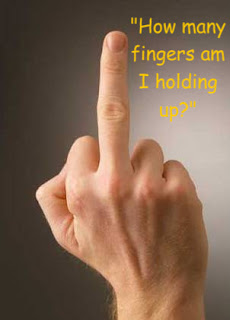 The news agency Reuters is recording a "top EU bureaucrat" telling a meeting at the Royal United Services Institute that climate change represents such a threat to global security it must be at the heart of European Union foreign policy, much as energy security is now.

This is Helga Schmid, director of the policy unit of the European Council, expressing her views, which included a statement that, "Climate change has to move to centre stage of thinking about foreign policy."

To our understanding, energy security has never been at the heart of EU foreign policy. Schmid actually concedes this, remarking that it has only become "part of foreign policy dialogue," even if it is, "a fundamental foreign policy and security issue."

The more substantive point, however, is that any move to put "climate change" at the top of the foreign policy agenda – above energy security – puts the EU in direct conflict with the UK, if Hutton's words are to be taken seriously. To an extent, it also cuts across the British addendum to the European Council communiqué published last Monday.

As importantly, Schmid's comments reaffirm the premier place of "climate change" in the EU’s hierarchy of concerns, placing energy security as a subordinate issue – something we noted last month.

The problem is that energy security does not fit easily as a subordinate to climate change. In fact, the policy requirements for each are mutually contradictory.

And, after speaking with one of the country's leading energy experts yesterday, tied in with our own research, the scale of the problem comes clear.

Central to this is that renewable energy – and in particular wind farms – will not be able to fill the looming energy gap. Even if they could provide the notional capacity, the actual output is so low and unpredictable that a hundred percent thermal back-up would be required. Thus, reliance on wind energy would actually increase our dependence on imported fossil fuels. It will reduce our energy security and massively increase costs, with the very real prospect that supplies will not be available when needed.

Given that wind energy is virtually a recipe for power cuts, it is generally recognised that the only option which can stave them off is investment in a rapid nuclear power plant building programme. Virtually the only capacity that could be brought on-line quickly is the pebble bed system.

Because of the market distortions introduced by the Renewable Obligation Certificate (ROC), though, energy investment is focused almost entirely on wind power. The subsidy payments make wind the most profitable short-term option for power generators so that is where they are putting their money.

To incentivise the rapid production of nuclear plants, two things must happen. Firstly, the government must promise a stable regulatory environment, where investors can be assured that the rules for nuclear plants will not be changed within the investment cycle. Secondly, to promote the development of new systems – such as pebble bed – the industry must be offered a financial incentive at least equivalent to that offered to the renewables sector. Without that, the industry will not invest in nuclear.

However, under EU rules, direct subsidy to a resurgent nuclear industry is not possible. But so, it seems, would be an extension of the ROC. According to BERR, the ROC system comes within the state aid rules, there being a waiver for renewables which allows them to be subsidised.

Already, the nuclear industry is in trouble over clean-up arrangements and an attempt to extend any sort of government sponsored subsidy to the industry would almost certainly be treated as illegal state aid.

The only way this could change, at an EU level, is if the commission – with the agreement of the member states – decided to put energy security at the head of the list of priorities, above climate change. Taking the cue from Helga Schmid, this seems extremely unlikely.

Thus, the UK government is in an impossible position. If it conforms with EU policy imperatives and keeps climate change on top of the agenda there will, within a matter of years, be an "energy crunch". The lights will go out. The only way that can be avoided is if the government decides, as a very clear and measured policy decision, to reject EU rules and contravene its provisions on state aid.

This sets the stage for a massive and unavoidable confrontation between the British government and the EU. If this current government ducks the confrontation, then it will be visited on the successor government – presumably led by Mr Cameron – which will have the added urgency of power cuts being that much closer.

Altogether, the conflict between the EU's obsession with climate change and the national interest of the UK, in needing to maintain continuous and affordable energy supplies, looks like it could become the defining issue in our relationship with the EU. And, when the people – to say nothing of their elected representatives – are forced to choose between membership and keeping the lights on, it is not difficult to predict where sentiment will lie.