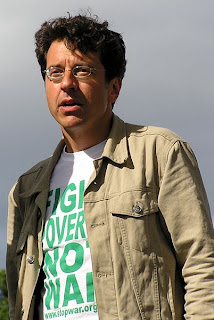 "The patron saint of charlatans is again spreading dangerous misinformation," writes George Monbiot in The Guardian in a characteristically vitriolic attack – this one directed at Christopher Booker.

The article is worth analysing because it is a superb illustration of the techniques used by polemicists to demonstrate their version of the truth – not by evaluating the evidence, but by attacking those who have. For students of the media – and the truth – this should be the object of intensive study and treasured as a valuable example of the craft.

The piece deals with two issue, the dangers of white asbestos (chrysotile) and the global warming debate, clearly seeking to prove that the former is a killer and the latter exists and is a major problem. But the evidence for either postulate is not addressed. Instead, the technique is to attack Christopher Booker in order to demonstrate that he is wrong on both counts. And, because Booker is wrong, Monbiot is right – QED.

To achieve this task, the piece opens with the strap line, repeated in the body text that, "The Sunday Telegraph columnist Christopher Booker has published 38 articles about asbestos - and every one is wrong".

Addressing this highly contentious issue of whether white asbestos – compared with brown and blue – is dangerous, Monbiot leaps in to the attack, citing as an example of Booker's "errors" that he contends that "not a single case" of mesothelioma - the cancer caused by exposure to asbestos - "has ever been scientifically linked with asbestos cement" (made with white asbestos).

Monbiot then refers to "a paper commissioned by the UK's Health and Safety Executive," which, Booker says, "concluded that the risk from white asbestos is 'virtually zero'". Booker, writes Monbiot, tells me he has read this paper: "Oh yes?" counters Monbiot: "The term he quotes – 'virtually zero' - does not appear in it."

The paper to which Monbiot refers is by John Hodgson and Andrew Darnton, published in 2000 – and he is right. Those exact words do not appear.

What the authors do write, in respect of the use of asbestos cement, is that the risk is so low as to be "probably insignificant". The paper then assesses the risk of acquiring lung cancer from "cumulative exposure", suggesting that "the case for a threshold - i.e., zero, or at least very low risk – is arguable."

Booker, therefore, has paraphrased the quotes, conveying their general import, his mistake being to put own words in quotes. But is he wrong? Not at all. The sense of what Hodgson and Darton are writing is accurately conveyed.

Monbiot nevertheless seeks to reinforce the impression of error – as in wrongness – by his own selective quoting of a series of figures purporting to demonstrate a risk, failing entirely to identify the context of the paper. Hodgson and Darton were not original researchers but statisticians, analysing historic work on the subject, much of it flawed.

Crucially, many studies on which the authors relied did not distinguish between cases where their sole exposure had been to white asbestos and those who had been exposed to all types, either separately or as mixtures. For direct evidence, we need to refer to different papers. One such, by Ilgren and Chatfield, published in 1998, notes that:

There has probably never been an attributable, clinically and pathologically proven case of mesothelioma in any manufacturing industry, e.g. cement, friction products, or textiles, amongst the many tens of thousands of workers where chrysotile alone has been used.

Excess risk of pleural mesothelioma from past exposures to asbestos, as evidenced by a trend of high incidence rates during the last half century, appears to be the result of nonchrysotile asbestiform fibers. Although scientific efforts and legal arguments continue, the risk of pleural mesothelioma in human populations is probably negligible for exposures to airborne chrysotile asbestos that is not known to be contaminated by amphibole.

These are readily accessible papers, available to Monbiot as easily as they are to us. But, when Monbiot interviewed Booker on Monday, he was completely unwilling to discuss the science. And nor would he accept from Booker that his definitive statement on asbestos was in our book, Scared to Death where Hodgson and Darton are quoted accurately and in context. Monbiot needs Booker to be wrong, so he relies on one quote, taken from one column, published in January 2002. And, on that basis, all 38 of his columns are wrong – every word, every sentence and every argument.

Neither is Monbiot averse to playing his own games. To give his piece the aura of authenticity, he republishes it on his own blog with references. But in one egregious case his reference contains errors in the names, citing a paper which he writes, includes the authors Albin, Jacobson, Attawell, Johannson, and Wellinder. The correct names are: Albin, Jakobsson, Attewell, Johansson and Welinder.

The original errors are in the Hodgson and Darton paper, from which Monbiot has obviously cribbed the reference, making you wonder whether he has actually read the paper which he cites.

However, this and the selective quoting technique are only the first in the Monbiot armoury. The next technique is "guilt by association", where Booker is linked with an interesting and colourful character by the name of John Bridle. This man, having set up an organisation called Asbestos Watchdog, to expose the scams by asbestos removal contractors and lawyers milking the concern over asbestos, has seriously got up the nose of the asbestos lobby and has attracted enemies like day-old cat food attracts flies.

"Colourful" is a good description of Bridle, a technical salesman rather than scientist by background, he sometimes cuts corners and can be rather lyrical about his exploits and associations, giving his many enemies opportunities to attack him – which they seize and exploit to the full.

But that does not mean that Bridle is wrong about asbestos. After all, Hitler in his time was a strong opponent of smoking and of reckless speeding in cars. He placed a speed limit on SS officials driving on business. Was Hitler wrong about both these issues?

With Bridle, though, Monbiot does not attempt to find out what the man says – whether he is right or wrong. He simply exploits the fruits of the many attacks against him and then, having delivered a prolonged character assassination, relies on the link between Bridle and Booker to reinforce the postulation that Booker is wrong.

Thus does Monbiot deliver the "interim" punchline, telling his readers: "We are not talking about trivia here. This is a matter of life and death. How many people might have been exposed to dangerous levels of asbestos dust as a result of reading and believing Mr Booker's columns?"

Now, having set Booker up, he moves on to the real agenda – global warming. Booker attacks Michael Mann, he of "hockey stick" fame. However, Mann, according to Monbiot, is absolutely right. So, how did Booker trip up so badly? "By using the claims of unqualified bloggers to refute peer-reviewed studies," writes Monbiot in triumph.

What Monbiot fails to mention in his dismissive reference to "unqualified bloggers" is that Mann was debunked by two computer experts, Steve McIntrye and Ross McKitrick. Now McIntyre runs an expert blog - where Mann's latest paper has been comprehensively demolished - this gives Monbiot his entré.

Monbiot also fails to say – another of those starling omissions – is that when the "hockey stick" became a matter of massive controversy, a US Congressional Committee asked Edward Wegman, arguably the most respected statistician in America, to conduct an investigation into McIntyre's analysis. Wegman and his expert team wholly vindicated McIntyre's findings.

More follows from Monbiot though, a polemic on ice cover in the Arctic which misses the point (this is dealt with in comments to Monbiot's piece), and thus the great work lurches to a conclusion, with the grand declaration:

But for the Wikipedia Professor of Gibberish, this patron saint of charlatans, even the seasons are negotiable. Booker remains right, whatever the evidence says. It is hard to think of any journalist - Melanie Phillips included - who has spread more misinformation. The world becomes even harder to navigate. You cannot trust the people who tell you whom to trust.

The very first comment on his online piece shreds this pretension. The writer suggests that the last sentence is "a bit of a hostage to fortune". "You cannot trust the people who tell you whom to trust," he quotes, then noting: "You are telling me not to trust Booker. Surely you are falling into your own trap?"

The irony of this would have escaped the great Moonbat. This is precisely the game he is playing. Booker is wrong, you cannot trust him. Trust me instead. Never mind the facts, never mind the evidence. This is a belief system here, one in which the opposition must be denigrated as heretics, or even equated with Holocaust deniers – another Monbiot gem.

This is not rational argument. It may be clever and Monbiot may have his devoted band of acolytes. But he uses the devil's techniques.