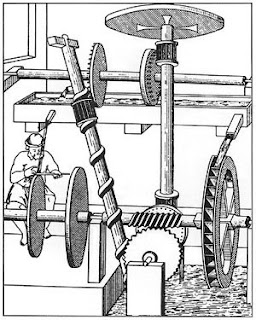 The banana painters are out in full force today, with the ban on short-selling, the trading practice (wrongly) blamed for the immediate troubles in the financial markets.

This is a classic example of regulatory knee-jerk which betrays the mindset of our masters. Having set up faulty and entirely ineffective regulatory structures, they stand idly by while the system goes into melt-down and then, after the event, launch into regulatory overdrive, banning everything in sight.

In that context, I don't know who Seth Freedman is, but much of what he writes today in Comment is Free seems to make sense. Under the strap, "Instead of arbitrarily lashing out in response to short-selling, governments should hone coherent policy to apply to all players," he writes:

As it was put to me earlier: "If you take away their cocaine [in this case short-selling], they'll feed their addiction with speed." In the vacuum left by the ban on going short, 10 other trading mutations will spring up to fill the void.

That neatly identifies the inevitable effect of knee-jerk controls. Blind interference in any complex system invariably creates anomalies and loopholes which then require or legitimise further intervention by the regulators which, in turn, create more anomalies and loopholes which in turn require or legitimise further intervention which in turn …

By this means, the process of regulation becomes a perpetual motion machine, locking us into a dynamic whereby no sooner has one piece of law been finalised and implemented, then its creators are already working on amendments to replace it. The result is enterprise drowning in a blizzard of paperwork and red-tape which, in the final analysis, never actually achieves the purpose for which it was ostensibly designed.

But, each and every time there is a crisis, the siren voices are heard calling for more controls and regulations, and each time the legislators rush in to oblige, thereby guaranteeing themselves continued employment and privilege.

What no one ever does is sit back and think whether those regulations and controls are part of the problem, a cure worse than the disease. For instance, as tighter regulation makes it virtually impossible for small and medium-sized financial institutions to prosper, the market becomes dominated by fewer and bigger players.

Then, instead of the normal cycle of the growth and demise, we have fewer collapses but when they come they are bigger, more explosive and do infinitely more harm.

This dynamic is well understood and endlessly written about yet, each and every time we have a crisis, courage and conviction go out of the window. Wise men (and some very stupid ones) defer to the baying of the crowd and the cycle of regulation and re-regulation jerks into action all over again.

It seems almost as if we have a society with no collective memory and a complete inability to put learning and understanding into effect. However, social laws are as immutable as the laws of physics and in neither context can there be such a thing as a perpetual motion machine. What there most certainly is, though, is a stiff price to pay for collective insanity.

Perhaps that is what we are paying now.