A bit of light relief 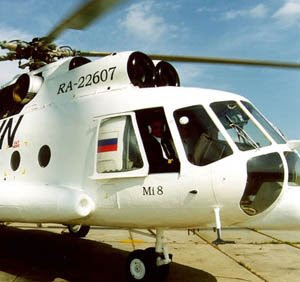 If there was any justice in this world, all you would have to do in the modern equivalent of a music hall is utter two words (or three): "The European Union". You could add, "foreign policy" and that should guarantee to bring the house down.

To illustrate the point you could do no better than refer to the latest development in the long-running farce of the EU Chad peace mission which, as we recorded earlier has been dogged by a shortage of helicopters.

One can never repeat often enough the details of this farce, where 27 member states, collectively setting themselves up to rival the United States as a "superpower" found it impossible to provide a mere six helicopters to support their humanitarian mission in Chad.

And still it goes on. Still unable to resolve the problem, they have hit on what they hope is the ultimate solution, one laden in irony. Despite its dispute with Moscow over Georgia, the EU has – according to Reuters - gone cap in hand to the Russians and asked to borrow four of its helicopters.

This would boost the number of helicopters available to the EU force by a third – which does not say much for the number already available, to help police an area of operations the size of France.

However, Cristina Gallach, a spokeswoman for EU foreign policy chief Javier Solana, is trying to put a brave face on it. She says the Chad mission was "not dependent on the Russian helicopters." Rather, they would "increase its range". She did concede, though, that the issue "showed the need for the EU to boost its own resources." Perceptive is this one. She should go far.

Meanwhile, ministers of the EU member states are planning to do what they do best - talk. They are meeting in Deauville, France to discuss a "longer-term Anglo-French plan" to upgrade Europe's helicopter fleet.

And yes, I know Winston Churchill said, "jaw-jaw is better than war-war," but the "colleagues" are turning this into an art form.