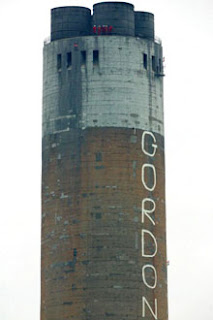 The Independent got the point, running the story on its front page, with the banner headline, "Cleared: Jury decides that threat of global warming justifies breaking the law."

Like us yesterday, the paper also picks up Zac Goldsmith's role in the affair. And, in a blog by John Rentoul, it notes that Goldsmith "wants to be a Conservative MP". He is, in fact, the Conservative choice for the parliamentary seat of Richmond Park.

Rentoul cites Goldsmith (pictured below right) saying, "If a crime is intended to prevent much larger crimes, I think many people would regard that as justified," in which context we are reminded that the Labour Party got into trouble over the same principle.

This was over whether it was right for councillors to defy the law on rate capping, or for MPs to refuse to pay the poll tax. Neil Kinnock, the then Leader of the Opposition, says Rentoul, got it right, and said that it was not acceptable for MPs or people who aspired to be MPs to break the law or to advocate breaking the law.

Can David Cameron live up to that standard, Rentoul asks, or will he take refuge in the semantic defence that Goldsmith was merely saying what "many people" would regard as justified?

This is not a question the main Conservative blogs seem to be addressing. They seem to be running scared – "frit", as a former prime minister might have said.

Tom Watson MP, the Labour Cabinet Office minister, however, does raise the issue on his blog and Melanie Phillips writes a storming denunciation on her blog.

One lowly Tory blogger, Neil Reddin takes it on, Tony Sharp is brave enough to have a view and the indefatigable Englishmen's Castle also understands the importance of the issue. The US blog Watts up with that also addresses the story, it dealing with the role of James Hansen.

Alan Harten, of the Fair Home blog notes that the trial has set off alarm bells at E.ON and many other similar companies, who believe that this ruling now gives cart blanche to any group who wants to invade and occupy any facility that they see as a danger to the environment.

Tony Juniper in Comment is free, on the other hand, argues that the government's energy policy, not the protestors, should have been on trial. This underscores the fact that the Greenpeace action was intended as a highly political statement, one with which Zac Goldsmith obviously agrees.

That point is taken up on the other side of the Pond where Iain Murray writes at length on the story in National Review, opening with the words, "This is very big …".

Clearly, though, it is not big enough for the mighty Iain Dale. From him, we get silence. At the time of writing, he had not blogged anything today but his last substantive post was at 8.44 pm yesterday – long after the "Kingsnorth six" story had broken. But his story was far more "important" – revealing that the Lib-Dims had revamped their website. 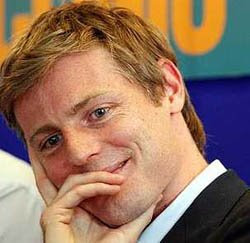 More in sorrow than in anger, we have to report that the excellent Conservative Home blog has yet to offer any commentary, while the famous (in his own lunchtime) Guido Fawkes seems to have decided that this is a matter of little consequence.

In us pointing up these "big three", some might suggest that we are being a bit precious. Not least, dog should not eat dog – or blog eat blog. Us bloggers should stick together and not criticise each other. But, at the same time we are assailed by claims of how wonderful bloggers are, and how they are going to take on the dead tree media, etc., etc.

In that frame, all of these three claim to be leading political bloggers. Yet, if they cannot deal with important political issues such as this – perhaps because they are a tad uncomfortable – then can they really lay claim to that title, or are they just propagandists?

And, for those who might think otherwise, this is not an attack on the Conservative Party. We want the Conservatives to succeed at the election, but not at any price. We want to see a Party with genuine conservative principles, and sound policies take the country by storm and put into action a real conservative agenda.

Supporting mob rule – for that is what the Greenpeace action was – is not one of those principles. Unless the Conservative Party is prepared formally to distance itself from the actions of its advisor and candidate, Mr Goldsmith, it can only be seen as endorsing him and his views. That is something of vital importance to all of us.