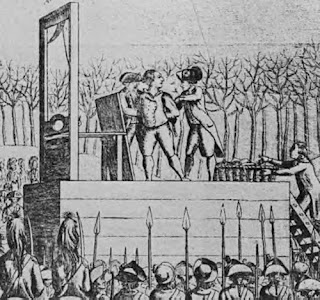 We are all getting a little overwrought. So let me say that I do not think we are doomed. Nobody is ever doomed. Things will change and they might get worse. But the world will not collapse and even capitalism will not end, simply because it is the only economic system dynamic enough to produce the kind of lifestyle we are all, and not just our masters in politics, the EU and the media, accustomed to. It is the only economic system dynamic enough to lift people and countries out of poverty. It will not die, no matter what EU Commissars and Guardian journalists might say.

Der Spiegel also quotes the egregious Peter Mandelson fulminating about partisan politics in the USA. Well, nobody could accuse our Peter or his colleagues of partisan politics unless the partisanship is of them against the rest of us.

For his and everybody's information, about 40 per cent of the Democrats voted against the bail-out Bill and about a third Republicans voted for it. I wonder whether anybody has done any kind of study as to how those Congressmen and women who are coming up for re-election in November voted.

The truth is that, no matter what the British, European and much of the North American media tell us, the Bill was not overwelmingly popular.

A new poll by the Pew Research Center found weakening public support for the bailout. The September 27-29 survey said Americans only backed the plan by a 45 percent to 38 percent margin.

And those despicable American legislators who are so partisan are accountable to their electorate while EU Commissars like Peter Mandelson are not.

If one trawls through the American blogosphere, one realizes that there is a great campaign going on across the country of people trying to stop their Representatives from voting this Bill though. People are phoning and e-mailing politicians and that may well have had an effect on the votes (as did Nancy Pelosi's screaming outburst). Parliament has not even been recalled because it is quite clear that they can do nothing without the permission of the EU and the various committees already in existence. Communicating with one's representative on this subject in Britain is a pointless exercise.

So when the article says that "Europe is furious at Washington's failure to agree on a bailout plan, calling Congress 'irresponsible'.", what it really means is "Increasingly, EU leaders feel the answer to financial instability lies in greater international oversight." You bet they feel that. Ever more power to the people who created much of the mess through their regulatory structure has always been a cry of the bureaucrat and, as I have pointed out (she repeats with gritted teeth), those EU leaders do not have to stand up and justify their behaviour to the electorate.

Well, some of them might have to and quite soon, too. Chancellor Merkel is up for re-election next year. President Sarkozy is safe at the moment, though his popularity is not of the highest despite the constant appearance of his ultra-glamorous wife. Prime Minister Brown is still the least popular prime minister for many a long year.

Somehow or other, they and their acolytes in the media assure us that the answer is to fling large amounts of taxpayers' money at this mess, rescue banks who made egregious mistakes, stupid people who borrowed when they had no idea how they would pay back the loans, and the hides of politicians who have contributed to this mess.

Do we actually know that Europeans or, rather British, Germans and people of the Benelux want their taxes to rocket to finance the bail-out packages? Oh well, who cares? They are merely peasants whose job it is to feel gratitude that their betters take such good care of them. Except that even peasants have been known to riot over taxes and there has been the odd revolution or two in European history.

Do we know for certain that all businesses are happy with the idea of more government control? But then, we are ruled by people who instinctively hate businessmen and women; we have a media who, with very few exceptions such as the economic journalists of the Times and the two Telegraphs, routinely lambast the most important people in our economy - the City financiers; and we have a public that repeats the ignorant, envious, poisonous rubbish that the politicians and the media feed them. Still, that same public will not like it if the despicable financiers stop bringing in the lolly and taxes go higher and higher to pay for all that "international" regulation.

Above all, we are told, partisan decisions are wrong. There must be a consensus in order to save the financial system and the European banks. Of course, a consensus has to agree on somebody's idea and it is just possible that not all parties and politicians agree. What should they do if they think bailing out banks through taxpayers' money and even more oversight from international and transnational organizations will make the situation worse? If they oppose it they are cursed as contemptible partisan politicians; if they go along with it they find themselves supporting activity that they know to be harmful. On the other hand, if they choose the second option they will be praised for taking part in consensus politics.

It so happens that the outcome of consensus politics has been displayed once again in Austria this week-end.

The governing coalition between the center-left Social Democrats and the conservative People's Party collapsed in July after a shaky 18-month alliance that hit snags over tax reforms and EU policy changes.

Two rightist parties — the Freedom Party and the Alliance for the Future of Austria — won a combined 29 percent in Sunday's balloting. Both parties advocate an end to immigration and the expulsion of foreigners and asylum seekers who commit crimes.

In contrast, the People's Party and the Social Democrats had their worst showings since World War II.

Despite some news of probable far-right vandalism the truth is that the people of Austria have expressed more than anything else their dislike of that cosy consensus they have been fobbed off all this time; the consensus that is being presented to us all and the Americans as being a superior political system.

The response to the people's vote was predictable. The President has reappointed the government as caretaken, though this, as Forbes points out, is standard procedure in a country where every government has to be a coalition.

More to the point, as Wiener Zeitung reports, the broad left-right coalition that collapsed in July and has been defeated in the election, is being reconstituted under a new leader of the "conservative" People's Party, Josef Pröll. Right. So that's all that vote was about - a new leader for the disliked People's Party.

Political analyst David Pfarrhofer said a remake of the centrist coalition would have to show significant differences from the last to convince a public that came to despise it over the past two years. "Above all, the style has to change. There is a lot of discontent. People don't want quarrels, they want a government," he told Austrian radio.

The main parties have been hit by voter frustration over their bickering and concern at a looming economic downturn, inflation and immigration -- a mix which allowed the far right to make significant gains. But Pröll's appointment could mark a fresh start for the conservatives.

It is, of course, entirely possible that the people of Austria would like the political establishment to listen to what they are saying, which is clear enough. They do not like the ruling coalition and do not want it to govern. But what do they know? They seem dissatisfied with the consensus and that makes them baddies - almost as bad as those terrible partisan politicians in the United States who pay attention (sometimes) to the electorate.

As Edward Lucas says in today's Daily Telegraph, that cosy post-War consensus is coming to and end in many European countries and it is not necessarily a bad thing. Consensus is the antithesis of real democracy.

UPDATE: It seems that there was a very visible correlation between Representatives whose seats are in danger and the vote against the Bill.