The trouble with Eurosceptics 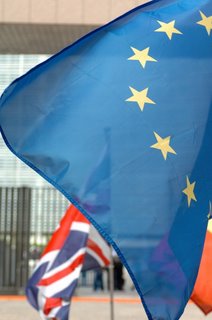 Just for once, we've let the forum do most of the talking today, as my colleague and I knuckle down to our respective day jobs. Membership is now approaching 300 which is minuscule compared with some, but enough to sustain interesting debates on a variety of subjects.

Watching the debates develop, and occasionally diving in to contribute to them it perhaps more entertaining than writing again about the "take-over wars", although there is an interesting analysis article in the International Herald Tribune, arguing that the "nation-state appears to be back". We would have got more excited, though, if we were not ourselves ahead of the game, having suggested that integrations was reaching its limits, back in January.

So confident are we that the European Union is dying on its feet that Booker and I have already decided that there will be no need to write another edition of The Great Deception. Our next book on the EU, we have promised ourselves, will be its obituary.

I suppose though, today, we could have written about the Times report that the France had been fined £40 million for continuing to disobey laws against catching undersize fish. But that is so much a "dog bites man" story that it is difficult to drum up the enthusiasm to report it. And no, triumphalism is not in order. Our own fishermen bend the rules as well, as do all the fishermen in the maritime member states – a reflection of the corrupt and unworkable Common Fisheries Policy.

Then there was the very minor matter of a new leader for a minor political party being elected – the Lib-Dims, I think, with an ex-athlete, verging on the geriatric replacing a former drunkard. I think they call him Menzies Campbell, who already qualifies for a free bus pass and next year will be eligible for a pension.

So, with groundhogs rampant in other areas of community business, and my colleague promising to do a piece on Hamas, the forum has my attention, and in particular the response to my colleague’s piece on Bukovsky and his fantasy about the European Union developing along the lines of the former USSR. 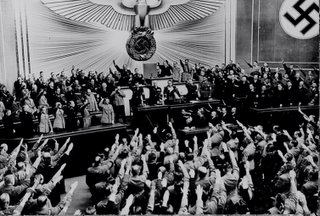 This affords the opportunity for a rare but necessary rant, on the peculiarities and failing of the Eurosceptic movement which, as I have remarked in the forum, seems to have and almost child-like insistence that the EU is like some other construct.

Thus we have people who want it to be, variously a Nazi plot (with or without Vichy), a Vatican plot, a Communist plot and, even, an American plot... to say nothing of the Bilderbergers, the Trilaterals - and even the shape-shifting lizards, for all I know (or any combination of the above).

From my own experience, it is this tendency to invent "bogymen" which has done more damage to the movement than any other single thing – even the UK Independence Party – and drives away the legions of sane people who have perfectly rational fears about the nature of the EU, and the way it is actually developing. But them, it is one of those odd quirks of political life that your real enemies are invariably on your own side.

But the point I have made is that, having spent the best part of my life dealing with and latterly studying the EU in some little depth, I have concluded – with many others that the EU is unique... a unique experiment in government, which has no exact parallels anywhere in the world, at any time.

Of course, it has similarities and parallels with other forms of government and constructs - not least because it has borrowed from some (many_ of them: much is taken, for instance from pre-Vichy France - but then as much is taken from the British. But the fact is that, in its totality, the EU is unique.

With that in mind, I thought, in order to develop the debate, it would be helpful to list just some points which, in combination, make the EU unique – quite unlike the USSR, Nazi Germany – or even the USA. Thus, not in any order of importance, are ten offerings:

Taking these ten points together, I defy anyone to find any other organisation, past or present, which shares them all. There are other characteristics which, with those listed, do in my view, support the contention that the EU is unique.