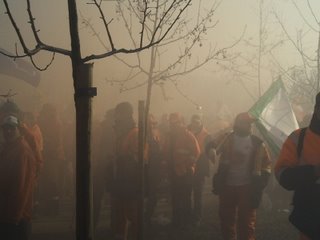 When we wrote in January about the limits of integration, we cited the ports directive which was then due to go before the EU parliament.

Violent mobs of dockers opposing the directive had gathered outside the parliament in Strasbourg and, sure enough, the MEPs caved into the pressure and voted against the directive by a massive margin of 532 to 120.

Today, we now learn that the commission has given up any hopes of reintroducing the directive and has formally issued a statement declaring that national governments had "expressed their reluctance" on part of the draft law - which the European Parliament also rejected in January.

The commission is now to "look at alternatives at the end of April" to help Europe's ports expand to cope with a boom in shipping. 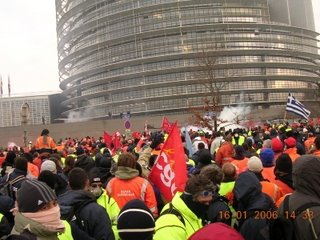 This is an unprecedented situation. It is very rare that the parliament ever opposes the commission – more usually it supports everything that comes its way and very often asks for more. This, the rejection in itself is unusual and so is member states opposing further attempt by the commission to reintroduce the law.

In the past, however, the commission has always sought to broker a deal, even if it waters down its original proposal – as it has done with the services directive – but I cannot recall a single instance where it has given up completely and walked away from one of its own directive.

In a small way, therefore, history has been made today. There is a trickle of water escaping from the dam. How long before it becomes a flood?