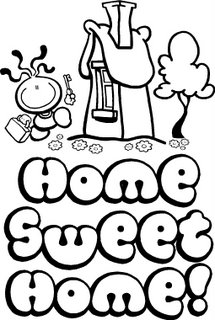 Yesterday's Sunday Telegraph did manage to throw up one interesting piece, written by Justin Stares, the ST stringer who writes for the little-read but highly regarded Lloyds List.

He reports that, after decades of encouraging the free movement of workers, the EU has conceded that all but a tiny number stay put. Despite the EU mantra of "ever closer union" and the widespread impression that western Europe is groaning with "Polish plumbers", the reality is that people prefer to stay at home.

Just 1.5 percent of member state citizens of working age live in an EU state other than their country of origin. What is more, that percentage has changed little in 30 years, rather negating the argument that the EU has brought greater movement. It seems that we were just as likely to work in Europe before the EU, despite the lack of rules which the commission claims are so necessary.

Moreover, the reasons why people are so reluctant to look further afield than their own home countries turn out to be rather predictable. They are put off by the prospect of having to learn a foreign language, they don't want to lose touch with family and friends, and they feel they will lose valuable support such as childcare or care for the elderly. Most of all, though, they are happy where they are already.

Ever willing to flog a dead horse, though, the commission is going to set up a "mobility road show" and promote hundreds of "awareness-building" events, all aimed at increasing the flow of workers around the EU.

You can see why the commission must do this. Only by creating a large body of rootless, tranzie workers, detached from their own national base can it hope to build a European demos – people who owe more to "Europe" than the state in which they were born. And, like everything else the commission turns its hand to, it will prove a failure.