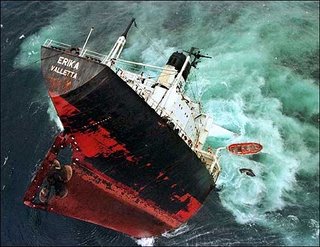 A mere six days after the publication by the commission of its energy "green paper", the commission’s ambitions for taking a leading role in controlling energy policy have run into trouble. This is despite the lurid headlines in the MSM, forecasting an EU power-grab on energy policy and an entirely predictable outcome, as predicted by this blog.

Confirmation comes via Bloomberg which reports that the energy ministers of the EU member states have rejected the idea of a single regulator for electricity and natural-gas markets – one of the commission's core proposals.

Apparently, the rejection was unanimous – by all 25 member states, with our own Malcolm Wicks telling reporters that "It's very important that the independent nations - UK, France, Germany - maintain their own energy policies."

This was after the meeting with his EU counterparts today in Brussels, and his stance was endorsed by French industry minister Francois Loos, who declared "it's premature" to create a European regulator.

Barroso, it appears, was counting on support from Blair, who has expressed interest in more European energy-policy co-operation. But any idea that even our Tone was going to roll over was dispelled today by Wicks, who spelled out the death of Barroso's ambitions, saying: "This is not about the European Union suddenly running the whole of the energy sector, certainly not… The regulations probably have to come from the nation states."

Nevertheless, Wicks did offer a small consolation prize to Barroso, adding that he was prepared to see the development of a European strategy in relation to "big partners such as Russia". “We face some common issues. The crucial one is energy security," he added.

That apart, it is now very clear that member states will not countenance any major shift in power to the commission, effectively signalling that the plans for a common energy policy are sinking fast.