Trimming round the edges 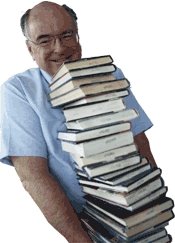 A recurring theme on this blog is that our membership of the European Union is not the cause of the increasing regulatory malaise in our society, but a symptom of it. Our own government, as events have more than adequately demonstrated, is quite capable of generating its own mass of laws and restrictions without any assistance from the EU. To that extent, even if we left the EU tomorrow, it is doubtful whether we would notice any difference.

The problem, as we see it, is the "regulatory mindset", a belief that infects not only our legislators but society at large that the answer to all our problems is yet another law, government action or government control. That malaise is summed up in the oft-heard phrase: "they (meaning the government, the council, or whatever) should do something about it".

On that basis, simply addressing the quantity of legislation and seeking to reduce the number of regulations which apply to us, is not the answer. We have to deal with the mindset which gives forth the regulations in the first place.

Nevertheless, that has not stopped the Telegraph today falling into the trap of calling for less regulation, its leader today declaring: "Labour should axe laws, not pass more of them".

To do it justice, it does point out that the law-making process itself has become a travesty with, as it writes, decisions being taken "by a handful of appointed advisers in Tony Blair's Downing Street 'den', then passed to Cabinet ministers for information only, before being promulgated publicly not through Parliament but through the media." It goes on to say that:

The House of Commons increasingly resembles the worst sort of county council, where bemused councillors sit in thrall to the unelected officers who have assumed their powers. The House of Lords has become an expensive public house, open to anyone who can afford it. … Cabinet, the Commons, the Lords - the three Parliamentary checks on the Prime Minister's executive power - have been eviscerated since 1997.

Therein lies the Eurosceptic dilemma. We rail at the legislative process in Brussels, the lack of control, the lack of transparency and the inherent anti-democratic nature of it all yet, on our very doorstep, we have a regulatory machine which is just as mad, lacking control and transparency, to the extent that it too is anti-democratic.

But, having identified this as a serious issue, the Telegraph leader tells us that it looks forward to some future British government cutting back on regulations but, in the meantime, it says, all laws should have an automatic "sunset clause", whereby they lapse after a number of years unless they are specifically renewed. New Labour should stop passing laws, and start repealing some.

In parallel with the leader, Philip Johnston writes the "Home Front" op-ed, headed "A Doomsday Machine for Parliament", in which he takes a tilt at the Legislative and Regulatory Reform Bill completed its committee stages in the Commons last Thursday.

"You have to admire the brass neck of this government," writes Johnston, describing the Bill. "After introducing more laws and regulations than you could shake a stick at, it is now trying to undo all the damage it has caused by foisting the legal equivalent of the Doomsday Machine upon Parliament and the country." It is, he decalres, "one of the most pernicious measures to have come before a British parliament."

He then tells us:

The Bill would empower any minister by order to make provisions amending, repealing or replacing any legislation, primary or secondary, for any purpose, and to reform the common law to implement Law Commission recommendations.

This does not mean by a stroke of the pen; there would still need to be a debate or a vote in the Commons or the Lords, although only if MPs or peers object within a specified time frame.

But if a government has a big enough majority, such procedural niceties are largely irrelevant. Furthermore, there would be no requirement for full scrutiny on the floor of either House, but only for a somewhat perfunctory debate in a committee.

Indeed, the continued promulgation of Bills such as these will irrevocably change the sort of country we are because we have been defined over the centuries by the possession of parliaments that would never have countenanced such a grotesque proposal.

On this basis, he argues for the "sunset clause" under which the Bill would lapse after five years and need to be renewed. This would, he said, give Parliament a rare opportunity to consider whether the measure had fulfilled its purpose or not, the sort of post-legislative scrutiny that is almost non-existent at Westminster.

Only then, towards the end of his piece, does Johnston get to the nub of the issue, arguing that, instead of bringing forward the Bill, ministers could simply abandon their fetish for making laws on everything under the sun. The government should commit itself unequivocally to less legislation, he adds.

Here, of course, we have to interject our common complain about the "elephant in the room", in that Johnston fails to point out that the bulk of the regulation affecting businesses comes not from London but from our superior government in Brussels.

Further, while he rails at the lack of scrutiny by Parliament of laws generated by Whitehall, is he not aware that Regulations (as opposed to Directives) promulgated by Brussels have direct effect – that is they come into law the moment they are "done" in Brussels, without even being considered by Westminster?

The fact is, though, that successive British governments actually like Brussels making laws for them. It saves them the trouble and time in framing their own laws, and the inconvenience of taking them through Parliament. It also gives them an alibi and a convenient lightning conductor, allowing them to wash their hands of unpopular legislation by letting Brussels take the blame.

On the other hand, a government that was inherently opposed to over-regulation could not countenance membership of the EU and would doubtless seek our withdrawal, simply because it would be unable to tolerate the blizzard of regulation coming from that source.

Thus, "sunset clauses" are not the answer. Returning to the central issue, over-regulation stems primarily from that all-important "regulatory mindset", which affects not only legislators but society as well. That is where the battle should lie, and needs to lie. Until we address that crucial issue, everything else is trimming round the edges.