Saving the world and other tales 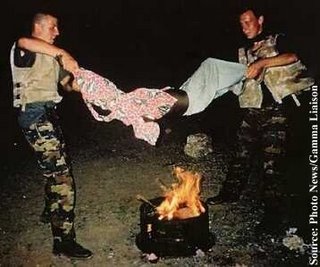 In a futile attempt to acquire this thing called life, I have been re-reading the essays of one of the greatest British experts on Russian and the Soviet Union, the late Professor Leonard Schapiro. In an account of his own intellectual development, My fifty years of social science, he describes his disgust with the UN from the very beginning, calling it “a fraudulent mess from the start”, “founded on a lie”.

There is a more detailed explanation:

“For the most blatant exercise in international cynicism it is unnecessary to go further than the Charter of the United Nations itself: “We, the Peoples of the United Nations, … determined to reaffirm faith in fundamental human right, in the dignity and worth of the human person …” signed by the USSR, Belorussia and the Ukraine.”

Well, no, since you ask, the last two were not independent countries. They merely had seats in the United Nations General Assembly and, amazingly enough, always voted with the USSR. I may add that as these words were penned and signed, a ferocious second purge was unfolding itself in all the Soviet republics and a murderous civil war was being waged in the Ukraine and the Baltic States.

Anyway, that’s enough history. Let us fast forward to the present day. SecGen Kofi Annan (father of Kojo) has unveiled another plan for the reform of the United Nations, one that has been given a cautious welcome by the United States, though administration officials have “reacted coolly”, according to the Washington Post to the price tag of $500 million that it will all cost. I bet they did. After all, who is going to be asked for the money?

“Annan said the U.N. Secretariat, created 60 years ago to run meetings and conferences for member governments, has never been adequately retooled to oversee an organization that now includes a far-flung network of peacekeeping and humanitarian relief operations and tens of thousands of troops and civilians stationed around the world. He characterized his initiative - titled "Investing in the United Nations: For a Stronger Organization Worldwide" - as a "radical overhaul" that would enhance its efficiency and ultimately save money.”

The SecGen came up with quite a flight of fancy:

“Just as this building, after 56 years of ad hoc repair and maintenance, now needs to be fully refurbished from top to bottom, so our organization, after decades of piecemeal reform, now needs a thorough strategic refit.”

And it shall all be paid for by the taxpayer of the rich democracies who will then be vilified by the organization. Oh no, hang on, he didn’t actually say that. Of course, according to Professor Schapiro, the building is in need of complete restructuring as it was constructed atop rotten foundations.

“Under the proposals, administrative services such as as translation and publishing will be moved out of the New York headquarters to cut costs.

Senior management will be restructured to give the secretary-general more authority, staff recruitment will be overhauled and budget processes will be simplified.”

This appears not to have met with universal approval.

“UN diplomats have been cautious in their first response but staff met in a raucous session with Mr Annan, asking for accountability for previous failed reforms.

UN staff committee head Rosemary Waters says 700 employees will campaign "to halt the constant effort of the management to erode the rights and benefits of staff" and management's attempts to eradicate jobs.”

Once you start moving out of your cosy little billet in Manhattan, who knows where you might end up. That is not why they went to work for the UN.

To be fair, it is reasonable to ask the SecGen to give some account of previous “reforms” and what they had achieved before handing yet more power over to him and his office. Oh and while we are on the subject, perhaps he would like to clear up the many outstanding problems to do with the oil-for-food scam, the procurement scam, the various appointment scams as well as bring some people to justice for their abuse of power and of human beings in their capacity as “peace keepers”.

In the meantime, not only the SecGen wants more power to appoint, unappoint and send people round the world, but

“Mr Annan's proposed shake-up would create a mobile civil service and convert 2500 short-term peacekeeping positions into a new flexible team whose members could be deployed quickly in urgent peacekeeping and political missions.”

What 2,500 people can possibly do, even if they were not wearing blue helmets, that have become rather problematic in certain parts of Africa, but it is a nice way for the SecGen to exercise his power and make statements.

In the end we come back to the same problem. The UN is unaccountable to the people who finance it and supply it with staff and troops. It is unaccountable to the people in whose lives it interferes. Handing more power to the SecGen at the expense of the General Assembly will not make it worse, considering the make-up of that Assembly, but it is not exactly going to solve the conundrum.