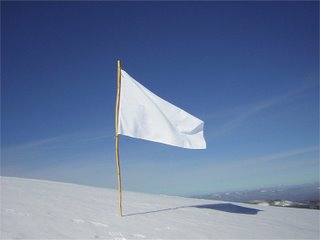 While the "colleagues" disport themselves in Brussels, with the added entertainment of L'escroc walking out in a hissy fit at the sound of English, the great empire is seeking to make its presence felt in deepest, darkest Africa.

This is the "EU military mission" to the Congo, which started out with a proposal for 2000 troops, got whittled down to about 1200 and now, according to Reuters has emerged as a "battalion-size force", i.e., around 800 troops.

Not that the EU has actually approved the troop movement yet – the Council has simply approved the "concept" of EU troops supporting the UN Mission during the presidential and legislative elections process this year. Furthermore, if the troops are ever despatched, they will not actually be sent to the Congo – goodness me, no! The EU is planning to make the troops available as an "on-call" unit. The battalion would be "over the horizon outside the country".

Through our diligent and extensive researches, we have managed to track down a photograph of the EU base camp, somewhere in Antarctica where, according to the Council statement, "it will have a major impact for peace and development in the region of the Great Lakes and Africa as a whole."