The end of independence 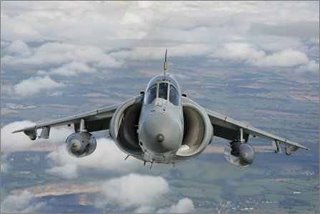 The Fleet Air Arm decommissioned its last six Sea Harrier FA2s, along with its last operational fast-jet squadron to fly the type: 801 NAS, at RNAS Yeovilton in Somerset.

The aircraft will be flown to RAF Shawbury in Shropshire today and be placed in storage while discussions over their possible transfer to India can be concluded over the coming months.

Read the full story here, in Flight International, graced with the excruciating pun, "Hover and out".

The star of airshows, a showcase for British technology and the last front-line fighter ever to be produced solely by Britain – we will miss the beast.