Anyone seen the elephant? 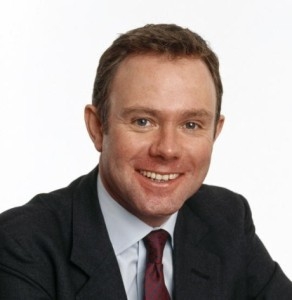 Mr Nick Herbert, formerly Director of Reform, an extremely useful think-tank that has not yet managed to get the Conservative Party pay any attention to its free-market ideas, now Conservative MP for Arundel and South Downs, presented a Private Member’s Bill on Tuesday under the Ten Minute Rule.

Now, let us be reasonable. This Bill is going nowhere. Mr Herbert will be lucky to secure a Second Reading on some poorly attended Friday session. It is merely a way of putting down a marker – a slightly more effective one than an Early Day Motion. At least, there will be a Bill published.

The theme is that old chestnut, the exemption of small (in this case micro) businesses from regulation.

Small business makes an immense contribution to the economy. Small enterprises—those with fewer than 50 employees—make up over 99 per cent. of all businesses and half all employment. As the economy moves toward higher, value-added activity, the share of it taken by small firms will only grow, so the weight of regulation now pressing on small businesses and hindering their wealth creation is an issue for us all.

The Better Regulation Commission has estimated that the total cost of regulation facing the economy is now some £150 billion. The Hampton review found that national regulators alone send out 2.6 million forms a year.

Inevitably, this burden falls disproportionately on small businesses. Large companies are able to employ people to deal with regulation; small businesses simply do not have that option.

Academics from the London School of Economics have found that regulatory costs per employee are five times higher for small firms than for larger ones, that small employers spend five times as many hours per employee dealing with regulation, and that they spend almost 5 per cent. of their annual turnover on compliance.

Equally, the Federation of Small Businesses has shown that the administration of pay-as-you-earn costs a business with fewer than five employees £288 per employee per year, yet for a firm with 5,000 employees, the cost is just £5 per employee.”

Actually, I am not sure that last calculation is the most useful one. Perhaps a percentage of annual turn-over might have been more telling, but the figures are scary.

My Bill would confront the problem of regulation in three ways. First, it would give Ministers a duty to consider alternatives to, and exemptions from, existing regulations affecting small and medium-sized firms, and a power to create those exemptions.

Thirdly, in respect of all future regulations the Bill would impose a statutory requirement to carry out a regulatory impact assessment—surprisingly, that is not a current requirement—and to consider alternatives to regulation in doing so.

There are a few problems with those solutions. The biggest of them, as ever, and a little surprisingly in this case, as Mr Herbert has also been Director of Business for Sterling, there is the obvious lack of reference to the elephant in the room.

Just precisely, how does Mr Herbert think many of those regulations that are, incidentally, killing the small businesses on the Continent as well, going to be by-passed if they originate from the European Union? We are legally bound to implement those.

There are other problems. Although later in his speech Mr Herbert makes clear that his Bill allows parliamentary scrutiny of the minister’s decision, one suspects that the “proper parliamentary procedure” would be the odd negative SI that would lie before both Houses for 40 working days and that would be the end of the matter.

Mr Herbert is doing exactly what the Legislative and Regulatory Reform Bill is doing – proposing to give ministers more power in the name of easing the burden of red tape. Not a happy idea.

Finally, the idea of exempting certain businesses from regulations instead of reforming the whole structure (something, to be fair, Mr Herbert says he would like to see) will merely impose more burdens and act as a disincentive to growth.

And we shall still be left with the elephant in the room.