Once more, the Danes show the way 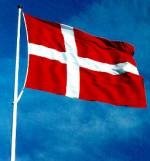 Publishing cartoons is not against Danish law and that is that.

“Director of Public Prosecutions Henning Fode upheld the decision of a regional prosecutor who ruled the drawings published in Jyllands-Posten Sept. 30 did not violate Danish law. Fode's decision cannot be appealed.”

The Danish Foreign Ministry warned that Danes might be put at risk by that decision but so far as one can tell, most Danes (not directors of large international companies whose bonuses might go down, of course) are supporting their government and judicial system.