Lessons from the masters 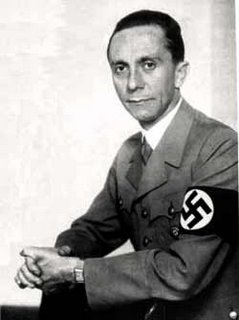 Today, through the letter box, plonked a thick envelope, addressed jointly to Mrs EU Referendum and myself, her name prominently above mine. This, of course, was the dreaded Council Tax and, for the first time ever, it has broken the £1,000 barrier.

Part of the stuffing was thick wodges of corporate propaganda, with a pamphlet headlining how Bradford Council is "always improving our services for you".

And, from the £368.5 million to be spent on providing "services" on 2006-7, I note that £1.2 million is to be spent "improving waste management". Yet this is the week when, for the first time in living memory, I transferred large quantities of discarded newspapers from the recycling bin to the dustbin after the Council had, yet again, failed to collect the paper.

The Council Tax also includes the police precept and, for sheer Chutzpah, it would be hard to beat the message from Chief Constable "Plod" Cramphorn who proudly proclaims that, "Over the least three years the number of police officers and police staff have risen, thanks to the willingness of residents to pay more for policing."

As I recall, last time I refused to pay the police precept, as a protest at the utter uselessness of West Yorkshire’s finest, I had two plods through the kitchen window at 11.30pm on a Friday night, arresting me and locking me up in the cells until the Monday morning, until the long-suffering Mrs EU Referendum could come up with the readies (in cash) to spring me.

And the reason Mrs EU Referendum's name is on top of the bill now is that, as the first name, it is she that gets the arrest warrant for non-payment. It is thus she that is now locked up if I refuse to pay. Unlike any other bill, failure to pay means prison and the Council is quite prepared to lock up innocent women in order to get their money.

Elsewhere, my colleague writes that the EU is losing the propaganda battle. From the example of what dropped through my letter-box today, if they want to improve their performance, I can only suggest the "colleagues" come to Bradford to take some lessons from the masters.

Mr Goebbels would have been proud of them.