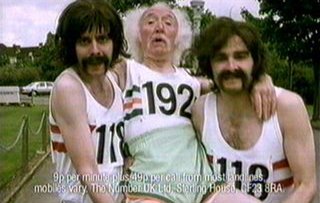 Detailed in The Times today, and at greater length in The Daily Mail (no link) is the latest act in the dire tale of the destruction of our once effective directory enquiry service.

These reports are based on Ofcom’s latest round of research into "the performance of the liberalised 118 directory enquiries market", which demonstrates that telephone customers have no idea of the cost of a call to directory enquiries – with prices varying on a BT landline at an average of 54p - up eight percent on last year – to a maximum £2 when dialling a 118 number from a mobile phone.

Ofcom's report states: "Given the wide variation costs and how costs are calculated, it is perhaps not surprising that call costs are not well understood by consumers. Many are neither able to say what their chosen provider charges for a single call nor where they would go for trusted information."

UPI adds more detail, noting that, of 2,000 users surveyed, 67 percent said they used the phone directory service less frequently. They either use a phone book or the Internet to look up numbers.

This is just short of three years after what Booker described as the great "118 directory inquiries fiasco". He was almost alone in claiming that the decision to abolish the old "192 system", in favour of a mad multiplicity of call centres providing numbers, resulted from a European Union directive.

This is a matter of fact. The abolition of the 192 inquiries service was made mandatory by EU Directive 2002/77 on competition in the markets for electronic communications networks and services, Article 5 of which required that:

Member States shall ensure that all exclusive and/or special rights with regard to the establishment and provision of directory services on their territory, including both the publication of directories and directory enquiry services, are abolished.

This was hotly disputed by Oftel at the time, and then by the EU commission.

The latter, in its weasel way, chose to confuse the issue by avoiding any discussion of Directive 2002/77 and focusing on the change of number from 192 to 118, denying that the EU had made that change compulsory. Strictly speaking, that was the case, as the EU had only "recommended" the change in its COM(96) 590 - "Towards a New European Numbering Environment" – but, as we all know, in our government's relations with its masters in Brussels, a nod is as good as a wink.

Number notwithstanding, the resultant shambles which, a year later had halved the number of calls to directory enquiries and had been roundly condemned by the National Audit Office, was entirely due to EU intervention.

Yet, despite that involvement, apart from Booker, there is little if any media acknowledgement of the role of Brussels, making it one of the many – and perhaps the most egregious – examples of "hidden Europe".