They got it wrong 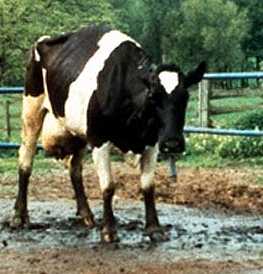 It is ten years to the day, at 3.30 in the afternoon, that Stephen Dorrell, then Secretary of State for Health, stood up in a packed Commons to read a statement prepared by the Spongiform Encephalopathy Advisory Committee (SEAC). He told MPs that the CJD surveillance unit's work relating to ten cases of CJD identified in people under 42 had "led the committee to conclude that the unit has identified a previously unrecognised and consistent disease pattern".

He went on, reading from the statement: "A review of patients' medical histories, genetic analysis and consideration of other possible causes have failed to explain those cases adequately". Then came the punchline: "There remains no scientific proof that bovine spongiform encephalopathy can be transmitted to man by beef, but the committee concluded that the most likely explanation at present is that those cases are linked to exposure to BSE before the introduction of the specified offal ban in 1989".

The statement caused pandemonium, triggering one of the largest and most costly food scares in the history of mankind. With the final bill not yet in, direct government costs have exceeded £4 billion and the cost to the industry is incalculable.

Furthermore, the scare brought the Major government into direct conflict with the European Union when it banned the export of British beef to anywhere in the world. This precipitated the "beef war", as Major attempted to get the ban lifted, leading to a humiliating climb-down in Florence in June 1996, when he conceded the EU's right to set conditions for the return of the beef to the market.

Before leaving for Florence, Major had faced a hostile Commons, saying that a start on lifting the ban could be made in the early autumn, but had refused to indicate when it would be completed. In response, Blair – in what was to prove one of his best Commons performances - declared he it was likely to be "years not months". To loud Labour cheers, he had added: "Mr Major is now so desperate to extricate himself from this mess that he will settle for anything. There is humiliation in this deal. There is ignominy in this deal. In fact it is no deal at all - it is a rout".

Blair, of course, was right. It was only last month that the EU finally lifted the ban, and then with a huge tranche of conditions remaining, that add further to the burden already on the industry.

Back in March 1996, it as well to remind ourselves of what the media were saying. On Sunday 24 March 1996, day five of the scare, The Observer gave most of its space to the issue.

Its feature coverage was headed: "A conspiracy to make us all mad". The strap read: "For ten years the Tories hid the emerging truth about BSE. The more damning the evidence, the more Ministers gambled with the health of the nation. And in protecting their friends the farmers they sacrificed the population at large". Its piece opened:

It is 20 March 2016, precisely 20 years on from that wet Wednesday when loyal backbenchers bounced to their feet in Westminster and began to bray, yet again, at the Opposition for scaremongering. Now, Britain's National Euthanasia Clinics churn on overtime, struggling to help 500 people a week to a dignified death before brain disease robs them of reason and self-control.

This nation, whose leaders spent a decade in denial, is now in quarantine, the world long since having shunned contact with a population in which half a million people a year succumb to CJD spread in the late twentieth century through eating beef products. The Channel Tunnel is blocked with five miles of French concrete. The health service is crippled; blood transfusions are impossible because undetectable prions infect most donors, and the strain of caring for more than two million CJD victims has overwhelmed support staff. The fabric of the nation is being torn apart.

As at 3 March this year, the Department of Health Summary gave the total number of definite or probable vCJD (dead and alive) as 160 – in ten years (actually 13, as the records started three years before 1996).

This is hardly surprising. The MSM, together with the phalanx of politicians, scientists, experts and commentators, got it hopelessly, completely and utterly wrong. It is a measure of them all that, ten years on, they do not have the grace to admit it.