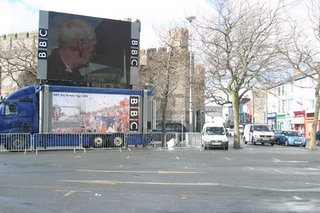 Much as certain people have tried to pin the origins of devolution to the EU, there is no evidence whatsoever that the well-documented break-up of the United Kingdom stemmed directly from European Union law.

In fact, the push to create regions in the United Kingdom – which includes so-called Welsh and Scottish devolution – stems primarily from initiatives taken not by the EU but by the Council of Europe, a process explored in this report.

The essence the regionalisation process, as devised, was originally to break down divisions between border regions, so as to reduce ancient enmities, but the process has since been harnessed as a tool to aid European political integration.

By creating regions and then permitting them to inter-relate with each other, and directly with Brussels, this effectively bypasses national governments which, traditionally, have a monopoly in conducting foreign affairs, thereby reducing the sovereignty of the state – a process known as "perforated sovereignty".

Whether from the EU or the Council of Europe, though, it is clear that the process lacks general public support, demonstrated by last year’s rejection of an elected North-East Regional Assembly in the referendum.

Things are slightly different in Wales, where the few people who turned out to vote gave a narrow assent to the creation of a Welsh Assembly. Thus it was that yesterday saw the opening of the £67 million Assembly building in Cardiff, by the Queen.

Predictably, the BBC exuded enthusiasm for the event, even going to the trouble of setting up public viewing screens throughout Wales, so that the public could watch the opening live.

In Caernarfon, however – as elsewhere, the public response was somewhat less than enthusiastic, as can been seen from the photograph, courtesy of Caernarfon Online News. This illustrates, once again, another elite project, which has failed to carry the people with it. Apparently, the peak crowd amounted to three people.