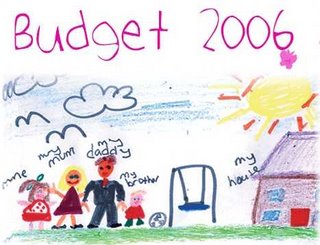 While the Chancellor tries to stupefy us with the various micromanagement proposals in his budget (just exactly how or, for that matter, why is he going to hire all those science teachers?), the Adam Smith Institute has calculated that Tax Freedom Day this year will be June 3, the latest since 1988. Last year it was May 31.

Mind you, on other matters the Adam Smith Institute seems rather off the mark. It has published a new paper, which we shall be reviewing and, indeed, fisking in the coming days. The paper, by Keith Boyfield and Tim Ambler, is called Eutopia (original!) and is a call for Britain to stop being the grumpy old man of the European Union.

“Instead, Britain should be combining with other countries, particularly the new East European members, to advance its own vision of a common market, open trade, cost-consciousness, better decision-making, and deregulation. EU countries often try to protect their own interests against those of others, but these goals would be as good for the whole of Europe as they would be for Britain, say the authors. Instead of a fruitless debate about pulling out of the EU, we should instead be striving to end protectionism and make the Union a paragon of open markets, free trade, and efficient administration.”

I can’t wait to read what those policy wonks suggest by way of methodology. Precisely how do we “make the Union a paragon of open markets, free trade, and efficient administration”, even if we knew what it meant?

Link with which countries? Eastern Europe a paragon of efficient administration? And how do we put the reforms through? The IGC, the European Council, the Council of Ministers? Well, I have no doubt, it will all be revealed.